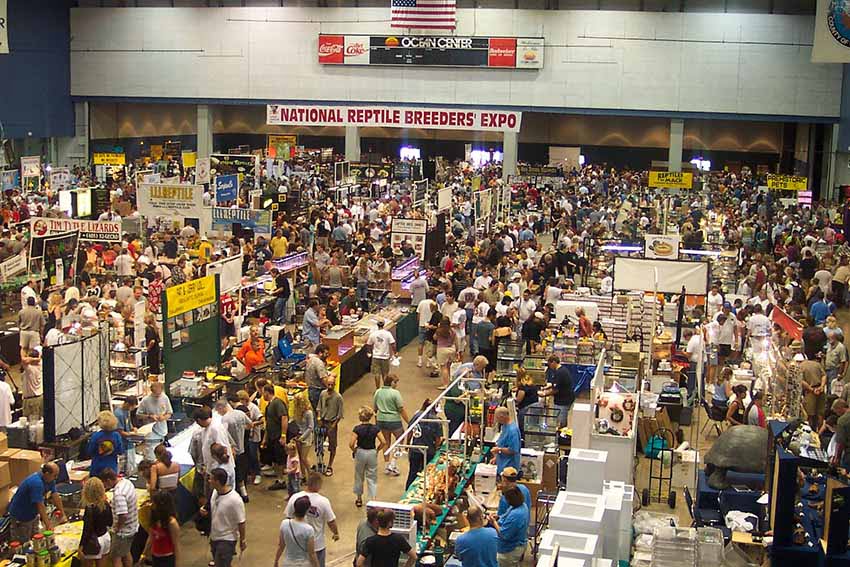 I have attended Reptile shows all around the world from the one-day event held in a motel ballroom in Ft Lauderdale to the three-day show held in a multi-million dollar convention center in Japan. I can tell you that nothing compares to the anticipation and excitement that is generated by our very own National Reptile Breeders Expo which is held every August in Daytona Beach, Florida. According to the show’s aging website, the Daytona reptile show is touted as the largest reptile meeting in the world and although this may not be a fact, the buildup to the show and the buzz heard all through the reptile industry in the week leading up to the show cannot be argued with.

The NRBE has been run expertly and efficiently by the show’s promoter Wayne Hill for the last 26 years and whether you like him or hate him it is hard to deny that the show has been a major part of this industry for the last quarter of a century. It saw its heyday before the Internet took over and buying reptiles became as easy as opening the browser on your smartphone or tablet. The Daytona reptile show has been the main show of the reptile breeding season and as smaller shows came and went this one has kept moving ahead bringing reptile buyers and breeders together from across the globe.

My experience with the show has been as rocky as most other vendors. I have gone from having a few animals on the side of someone else’s table to having as many as six tables covered with hundreds of animals. I have had my best show and my worst show of all time at the same exact venue. I have attended the last twenty five shows and have been a vendor at the last twenty three and can honestly say that for most of us the calendar year starts and ends in August with this two day reptile show.

It has been a long many years since I used to save a bit of money daily to be able to buy one snake at the National Reptile Breeders Expo show but that mentality has not changed. Most people I talk to this week are buzzing about the animals they have produced or been able to buy from other breeders to bring and sell this weekend. People are talking about the albino turtles they are hoping to sell to the Chinese market and the rare colubrid or uromastyx clutch they are hoping to find the perfect buyer for. Others are excited about bringing lots of cash to get great deals for their websites or pet stores on Sunday afternoon. What they all have in common is the joy and fever of the herping experience and I hope to see you all there this weekend to share that feeling.