Home > Reptile Care Sheets and Other Information > Keeping venomous snakes, From my first to my last!

Keeping venomous snakes, From my first to my last! 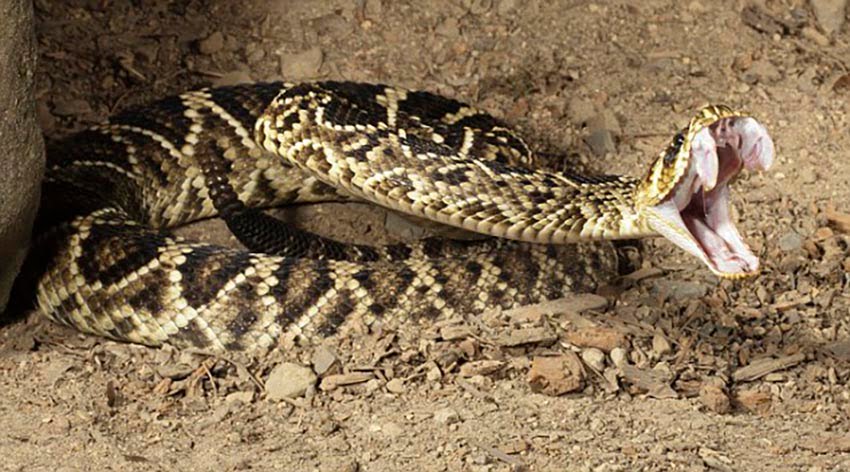 I have been one of the few reptile owners lucky enough to have experienced keeping venomous snakes in captivity. These are my experiences and reasons why I had them and I no longer have them.

It didn’t take me long to go from having a baby ball python and Colombian red tail boa to having a room filled with venomous snakes ranging from Gaboon Vipers to Mexican Cantils. To tell you the truth it was less than a two year time span but it seemed like the natural progression of events at the time. People who are truly fascinated by snakes will understand that the beauty and excitement generated by venomous snakes is an irresistible lure that cannot be denied. My first was a classic Monocled cobra (Naja kaouthia) that I purchased on a whim. Thinking back this may not have been the smartest spontaneous decision I have ever made but as the events that started with that purchase unfolded I realized that my life would be very different today had I not taken that chance.

A few years later I was visiting a friend at a local Museum of Science where there was a very old Eastern Diamondback Rattlesnake (Crotalus adamanteus) on display. He wasn’t necessarily the best looking example of the species but was an impressive 6 foot 4 inches in length. I asked about the snake and was told that he was to be euthanized since no one was interested in keeping him since he had bitten two of his previous keepers. One keepers bite had proven to be fatal and although this news should have been a warning I decided to save the snakes life and took him home with me. What happened later with that snake was probably one of the closest calls I’ve ever had with any wild animal. Since he was an old snake his thin overall girth gave you the false sense that he was much shorter than he really was. As I was attempting to place a shift box in his cage he struck from the very back of the enclosure and reached a mere two inches from my face with his mouth wide open and head waving back and forth as he tried to find purchase with his fangs. I calmly closed the cage, made a call to a friend who enjoyed such experiences more than me and started dismantling my venomous collection.

The conscientious keeping of large and venomous reptiles

Some keepers may think that one close call is not enough reason to stop enjoying something you love but I see things differently. That day I learned that I was not prepared for the sustained effort nor was I ready to pay the price for the consequences of keeping large and venomous reptiles. With the recent events unfolding around the escape and capture of an 8 foot King Cobra in Central Florida many reptile keepers have been debating the facts in this case. The State Fish and Wildlife agency has made some rule changes and is ramping up facility inspections while the politicians are looking to score favor with the masses as they attempt to enact legislation to make the entire thing against the law. I feel that the owner of the King Cobra made the right decision in reporting the escape of his animal but was at fault for allowing the escape to happen. We can all take a moment and think about what we are doing and how we are doing it to make it possible for everyone in the hobby to have a long and positive reptile keeping experience. At xyzReptiles we are always promoting the moral and communal obligation of conscientious reptile keeping and will always be here to offer our knowledge to help you have a fantastic herp keeping experience.

« Breeding codom morphs versus recessive ball python morphs, what has worked for me!
Timing is everything, When is it OK to buy a Breeder or Adult Ball Python? »