The Albino Ball Python Morph History And Its Combinations 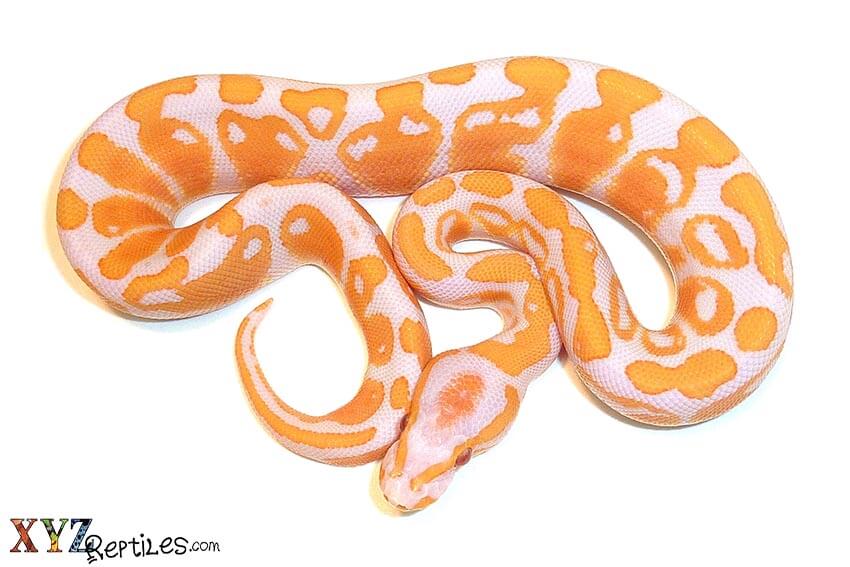 The albino ball python morph has emerged from the wilderness of Togo, Ghana and Benin more often and in more variations than almost any other ball python morph. To date there are many ball python versions of the amelanistic trait which is an animal lacking melanin thereby having a white, yellow or orange coloration with red eyes. This is true for tyrosinase positive animals as well as tyrosinase negative animals which lends a caramel and purple color to the snake instead of a yellow and white color. The list of ball pythons that adhere to this description includes everything from the normal albino to the ultramel and even the rainbow ball.

Where Did The First Albino Ball Python Morph Come From?

There are recent stories about the origins of the albino ball python morph and then there are some murky stories from the old timers that may or may not be true. Like a few other ball python morphs the albino has been found in the wild many times and in many incarnations. The albinos that are on the market today seem to have come from one single male found in Africa over twenty years ago. That animal gave rise to the lines used by many breeders around the world to produce some of the very beautiful albino combinations and even the plain albinos seen for sale everywhere today. If you talk to some of the older guys that used to hang around importers in the 60’s and 70’s they will tell you that the albino ball python morph and pied morph as well as other mutations were in almost every ball python shipment from Africa, but there seems to be no pictures and no other sort of proof other than their distant memories.

What Are Some Of The Other Albino Ball Python Morphs?

There were a few normal albinos brought in from the wild and we have been lucky enough to own more than a couple over the years. There was also the lavender albino which looks like a normal albino except with more contrast and higher levels of lavender and purple. Then there are the tyrosinase positive albinos like the caramel and the ultramel. They are not compatible with the first two and have a darker orange and purple base color with a darker eye color as well. Finally there are the fringe morphs like the rainbow and even bananas and coral glows, which can be seen as a codominant amelanistic trait with dark eyes.

No matter what the origin is, all of these ball python morphs make great looking pet snakes and are an essential part of any snake collection. In recent years the price on these s has come down to hundreds versus the tens of thousands that they used to be and many more pet owners have financial access to having a living work of art. At xyzReptiles we have always had a dedicated albinos and combos page where we offer many of these base morphs and their combinations. If you are in the market for any of these beautiful python pets don’t hesitate to check us out and let us know if there is anything we can do to help you acquire one of these exotic pets.

« Crested Gecko Care, What You Need To Know
What Are Some Of The Best Reptiles For Sale Online »