Baby Savannah Monitor Lizards as pets – learn before you buy 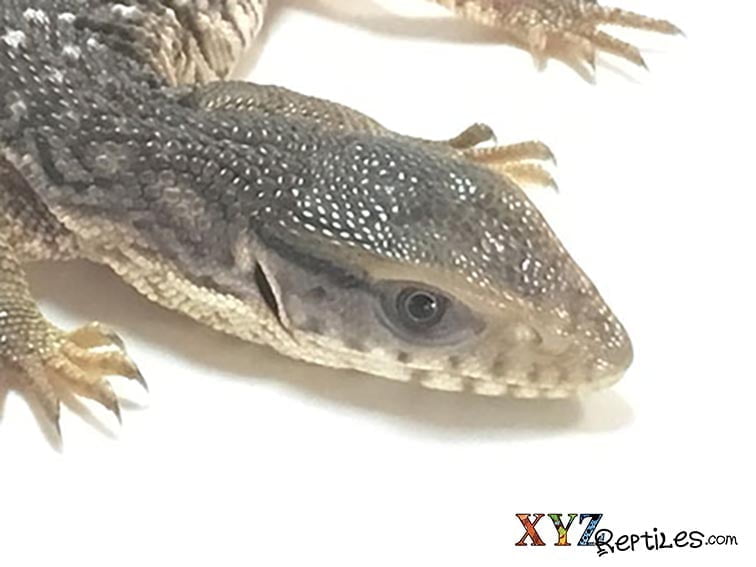 Its spring time and baby lizards and snakes of all types are beginning to show up in captive collections and at wholesalers across the country. As one of the staples of the pet reptile market, baby Savannah Monitor Lizards have been farm bred and imported from Africa for years. As a responsible pet owner it is imperative to learn as much as you can about your next pet before making that commitment and luckily there is a ton of information about the savannah monitor available to date. This article will focus on natural history, diet, caging and genetic mutations of one of the most readily recognized reptile pets around.

Where do Savannah monitors come from?

Savannah Monitors (Varanus exanthematicus) are also known as the Bosc’s monitor as a reference to the scientist who first described them in 1792 Louis Bosc. They are a medium sized lizard that rarely exceeds four feet in length and has a stocky body type with large beaded scales. They are found in a variety of earth tone colors that vary regionally and tend to match their surroundings in order to aid in camouflage. They are found in central Africa from Senegal to Sudan but the bulk of the babies that are imported into the United States originate in Ghana which also happens to be the port of importation for most of the baby Ball Pythons we see every summer. They are found in the wild in burrows and small shrubs and bushes and are not as large or as defensive as their close cousins the White Throat Monitors or the Black Throat Monitors.

What is the right setup for the Savannah Monitor Lizard?

Baby Savannah Monitors are a very hardy pet and can adapt to most living situations but having the correct setup and diet can make a big difference in your pet’s long term health and happiness. The first thing to consider is the adult size of the lizard, which can exceed four feet in length and weigh ten to fifteen pounds. Many keepers tend to keep savannahs loose in the house when they reach adulthood and this has to do with this animal’s docile nature and ability to coexist with other household pets such as cats and dogs. As the animal is growing it is best to keep it in a large terrarium with a flat terrain that includes hiding spots and low sturdy branches for climbing and basking. Heat lamps and UVB lighting is an absolute must to ensure proper digestion and bone density. The most common mistake keepers make is feeding their pets a high rodent diet, which tends to clog their digestive system and give them a bloated and overweight appearance. In the wild the Savannah Monitor has an almost exclusive insect based diet that includes grass hoppers, millipedes and scorpions.

Finding the Savannah monitor for sale

There is a large number of baby Savannah monitors for sale every spring and although the baby season is rather short there seems to be enough supply to meet the demand every year. There are very few people breeding these lizards and that seems to be completely financial based and when you do find actual captive bred and born Savannahs they tend to demand a price in the hundreds of dollars. Color mutations such as the Axanthic, Hypomelanistic, Melanistic and both T- and T+ Albinos have been collected and imported into the United States but captive born babies are still not available on the market. When choosing a baby Savannah Monitor for sale it is important to establish that the babies are feeding and acclimated at the time of purchase and if they are older imports it is wise to get them dewormed. At xyzReptiles we have a small number of fresh baby Savannah Monitors for sale that are fed an insect based diet and are growing nicely before being shipped out.