Home > Reptile Care Sheets and Other Information > Can I put my milk snake with my common corn snake?

Can I put my milk snake with my common corn snake? 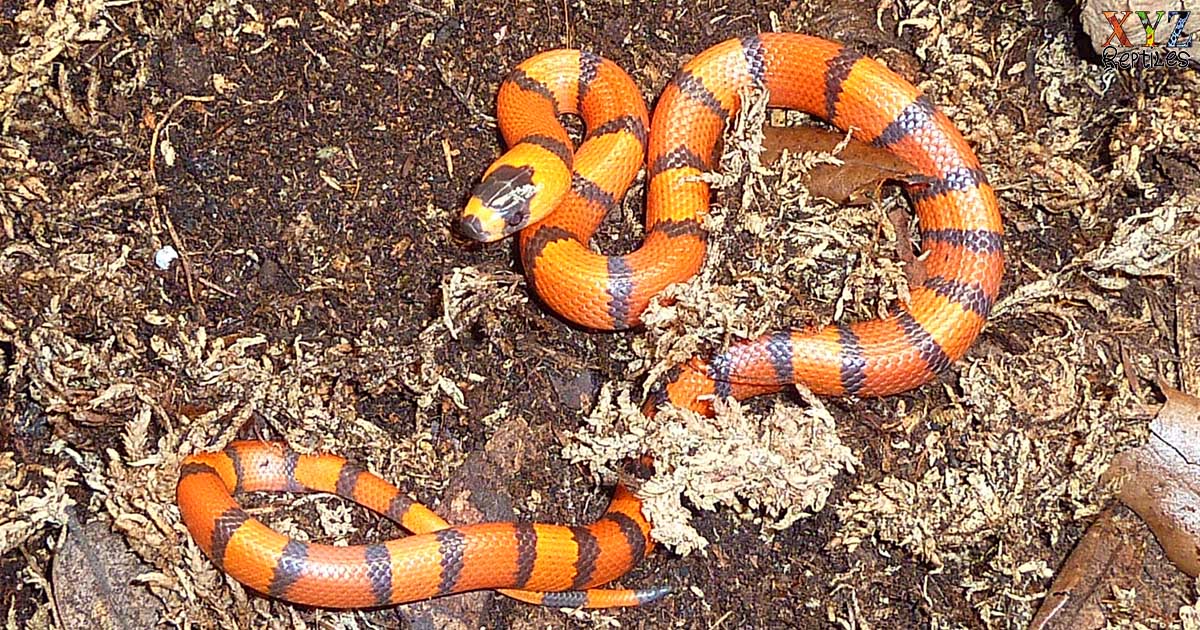 If you’ve ever wondered “Can I put my milk snake with my common corn snake?” the general consensus is a resounding “no”. Experts unanimously advise against putting multiple snakes in the same enclosure. The one exception is when breeding snakes, but even that needs to be done with close monitoring and extreme caution. It doesn’t matter whether it’s two snakes that are of the same species or even a mother and her child, putting two snakes of any kind is sure to do more harm than good. In this article, we’ll explain why keeping different species together is frowned upon as well as the fundamental differences between corn snakes and milk snakes that make them a poor choice for cohabitation.

Why putting multiple snakes in one tank is a bad idea

Snakes are infamously anti-social creatures, highly independent from the moment they’re born. Even the most mild-mannered of snakes can become aggressive and territorial when kept in close confines with another.  Living in close proximity is in direct opposition to their natural way of life. Doing so can have a major impact on their overall health.

The best-case scenario would be that the snakes simply find the living situation stressful. Constantly being in an agitated state can take quite a toll on your snake’s health – and its personality. Your snake will be more prone to aggressive and defensive behavior (i.e. hissing, hiding, and striking). This will severely limit the opportunities for pet and owner bonding and might cause them to attack each other. They could end up causing grave injuries to one another! But the absolute worst-case scenario of putting multiple snakes in one tank? One snake might actually eat the other!

The species of the snake plays a big role in how a snake might react to suddenly finding itself with a housemate. In the next section, we’ll dive into more detail about corn snakes and milk snakes, and the specific nuances of their species.

Colubrids or Colubridae is a family of snakes that includes over 1,700 snake species. Colubrids account for nearly two-thirds of all the snakes on the planet and can be found on every continent except for Antarctica. Being the largest family of snakes there is a great deal of variety in the different species included in this classification. Some colubrids are venomous, some are aquatic, and some lay eggs while others are live-bearing.

Additionally, it’s virtually impossible to make a sweeping generalization about what a colubrid is since up until recently, this family served as a catch-all for snakes that did not fit into other categories. However, the colubrid classification has become more defined to include what a colubrid isn’t.  Through research into snake evolution, scientists have come to define colubrids as any snake that is not an Elapidae, viper, or Atractaspis. This grouping houses several hundred genera such as the common garter snakes, rat snakes, and king snakes. This also includes some of the most popular pet snake varieties such as the milk snake and corn snake.

What Are Corn Snakes?

The corn snake is a popular colubrid and widely regarded as one of the best snakes for beginners. Corn snakes are part of the genus pantherophis which also consists of rat snakes and fox snakes. Many of these snakes share similar traits in that they are docile and nonaggressive, and more likely to act defensively when provoked. They typically feed on rodents and subdue prey using constriction. They are relatively small snakes; slender in girth and rarely exceed 6 feet in length.

These nonvenomous snakes are quite common and can be found throughout central and southeastern United States. Aside from being a popular pet choice, they are perhaps most widely known for imitating the appearance of the very dangerous copperhead snake. Unfortunately, their mimicry is so effective that they are often mistaken for their dangerous counterparts. However, in the eyes of reptile appreciators, corn snakes are prized for the deep browns and reds of their color pattern. Paired with their calm nature, moderate size, and simple housing requirements, corn snakes have become a very sought-after snake in the exotic pet trade industry.

What Are Milk Snakes?

Milk snakes are also colubrids and technically, are a type of kingsnake, both of which belong to the genus Lampropeltis. These nonvenomous snakes are also mimics that have adopted the colors of a more dangerous animal. In the milk snake’s case, this is of the coral snake that is often the subject of the rhyme “red touch yellow, kill a fellow; red touching black, safe for Jack” (keep in mind that this doesn’t apply to all types of coral snakes so it’s by no means a fail-proof guideline). Milk snakes frequently employ imitation as a defense strategy and can also resemble copperheads, pygmy rattlers, and other venomous snakes.

These popular snakes aren’t as averse to confrontation as docile corn snakes might be, but towards humans they are harmless. Their diet is considerably more diverse. In addition to a snake’s typical rodent-based diet, milk snakes also eat insects, small mammals, birds, aquatic animals like fish and frogs, and most notably, other snakes. This species is considered to be an opportunistic feeder. They aren’t very picky about what they put in their bellies, even if it’s one of their siblings.

Milk snakes are also fairly small in stature and rarely exceed 5 feet in length. Their moderate size and the variation in their color and pattern have made these snakes an exciting option for both experienced and novice snake owners. Despite their relative calm nature towards their human companions, milk snakes can be aggressive when confronted with other snakes or animals.

One of the biggest concerns about housing several snakes together is the risk of them eating one another. Yes, colubrids can have cannibalistic tendencies. But even so, most herpetologists wouldn’t go so far as to label the entire snake family as such. Unlike cobras who actively eat one another, cannibalism is a rare occurrence among colubrids (and most snakes in general). When it does occur, it’s usually accidental; a result of two snakes grabbing the same prey or mistaken triggering of their feeding response during an altercation. However, there are exceptions to this as certain snake species are more prone to engaging in cannibalism than others. In the case of corn snakes and milk snakes, they have two very different propensities for engaging in this type of feeding behavior.

Corn snakes are highly unlikely to turn to cannibalism. In the unlikely instance that it does occur, it’s usually attributed to two particular circumstances 1) food is scarce or 2) two snakes have bitten into the same prey. They do not actively seek other snakes as a potential food source. Milk snakes, on the other hand, are far more likely to view a fellow serpent as a potential snack. King snakes, another snake species from the same genus (Lampropeltis), also share this trait. This behavior is intrinsic and can even occur among juvenile milk snakes that are littermates. For this reason, it’s recommended to raise young milk snakes separately from a relatively early age.

Sure, there are a few advantages to housing more than one snake in a single tank (saving money, saving space), but these reasons are quickly outweighed by the negatives. For starters, angry, stressed-out snakes a lot less enjoyable experience to own. But more importantly, that stress will have negative repercussions on their health. The subsequent cost of a single vet trip could immediately outweigh the cost of buying a separate tank. Even worse, your snakes might injure one another in a physical altercation.  That is, however, if they don’t eat each other first.

No matter what species of snake, err on the safe side and keep your snakes in separate habitats. You’ll save far more money in the long run and have much happier snakes on your hand.

« What does a UVB light do for reptiles?
Best Pet Snake Breeds for Beginners to Own »