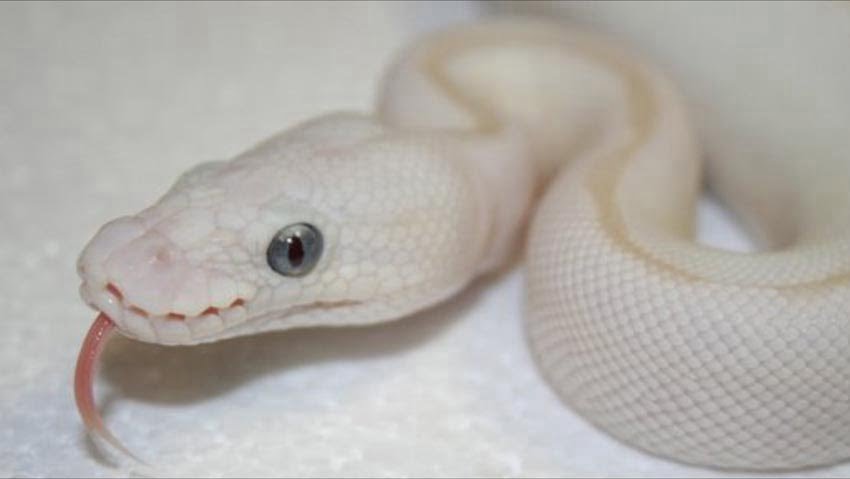 Once considered the holy grail of all snakes, the Leucistic Ball Python otherwise known as the Lucy Ball is still a showstopper and wanted by many reptile pet owners and collectors. Considered by many breeders as the ultimate in ball python morphs, more has been spent on acquiring White snakes out of Africa than any other mutation by far. I know of two well-known breeders who spent 95 to 145 thousand dollars on what was later proven to be Ivory ball pythons from the wild. There are many different ways to produce a white snake today and we are going to look at a few as we try to decide what is the best way so far.

White snakes can be made in a variety of ways including the Blue Eyed method that covers all of the Lessers, Mojaves, Mochas, Russos and Bamboos as well as their crosses. Then there is the Black Eyed method that includes Fires, Flames and Sulfurs as well as their crosses. Some people consider the Ivory as one of the Leucistic Morphs and although they cannot be crossed with any of the aforementioned genes to make a white snake, they were the first two white snakes brought into the country. Finally there are the Pied combos like Spider Pied and Lesser Pied that will produce a solid paper-white snake with black eyes but I’m sure we will hear lots of arguments against that method.

At our online Reptile shop we carry a multitude of Leucistic Ball Pythons for sale and with the formation of our Lucy and combos category we will display a number of breath-taking combos including Elixirs, Potions, Invisiballs, Crystals, Soul Suckers and more. White snakes still demand some of the higher prices in Ball Python morphs and as the marketplace keeps developing and new keepers and breeders enter the arena we will see a never ending demand for these beautiful and hard to make animals. Please don’t hesitate to contact us if you may need help in deciding which genes to work with and what combos work best with others. We are always available to answer Ball Python breeding and reptile related questions.

« Exotic Pet Store XYZReptiles to Attend NARBC Reptile Show
Where would the reptile trade be without Boa Constrictors? »