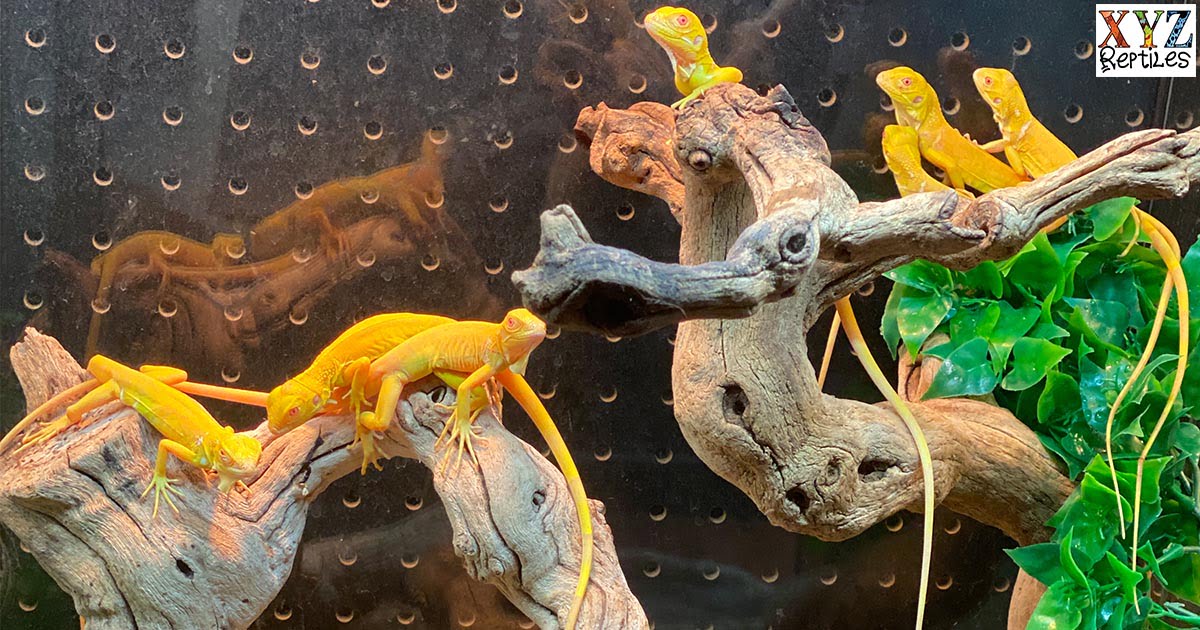 As of July 1st a new Florida reptile law bans the sale of tegus and green iguanas. This happened despite the expressed wishes of thousands of Floridian reptile keepers and businesses. Governor De Santis signed Senate bill 1414 into law on June 29. Effectively going against the interests of many Florida voters who sent thousands of letters, emails and phone calls to the governors offices. This bill was quickly adapted by the FWC the following day. It has made the sale and possession of Green Iguanas, Black and white Tegus and red Tegus illegal in the state.

Who is affected by the new reptile law?

There are certain conditions under which pet owners can keep their animals with a special permit but most businesses and many private breeders are out of luck. On the surface this bill was presented as a counter measure to the large number of feral green iguanas and a growing number of feral black and white tegus. If you take a closer look however and learn about the history of the feral populations you begin to understand that the species in the wild are not the same as the animals being cared for in captivity. The animals in the wild have been there for decades and are not related to the current reptile culture.

What are the affects of the new Florida law?

First there is the confusion and uncertainty created by the sudden passing of the Bill into Law. Second, no thorough study was done into the economic and psychological impact being felt by reptile keepers and the reptile community. The FWC is allowing for a comment period but having a discussion after the deal is done seems to be another lost cause. At the moment the initial effect of this law is that xyzReptiles is no longer offering iguanas and tegus for sale in the state of Florida. A secondary effect is that like many other businesses we are no longer purchasing these animals for resale until a final understanding and interpretation of the law exists.

Complying with the new law

Finally a growing number of reptile owners in the state are trying to figure out what they have to do to be on the right side of the law moving forward. During this entire time there seems to be no correlation or resolution for the number of feral animals in the wild that this law was supposedly created to rectify. Simply put there are now more laws in effect that can put businesses at risk of violation. All this is happening while little to no benefit can be expressed for the creation of said laws. For more information please get active and join USARKFL.

« When will 2020 baby ball pythons arrive?
What are the benefits of having a reptile pet during COVID-19? »