Have you tried keeping Small Monitor Lizards as reptile pets? 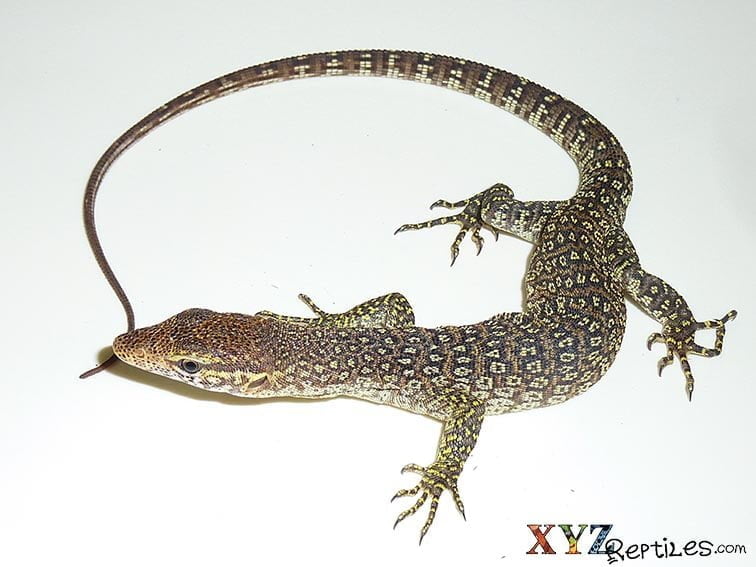 When you hear the words monitor lizards it’s a fair bet to assume you’ll picture a giant Komodo dragon dragging down a deer or an Australian Lace monitor running across the sand or up a tree. There is however another world filled with miniature versions of these very same reptiles and that is the world of the micro monitors. Two of the species specially come up in reptile keeping and those are the Timor monitor (Varanus timorensis) from the Timor Islands and the Ridge-tailed Monitor (Varanus acanthurus) from Northwest Australia. These miniature monitor lizards do almost everything their giant cousins do including swimming, digging and climbing except on a much smaller scale.

The Ridge-tailed Monitors also known as the Ackie monitor is a small sized reptile that rarely reaches over 26 inches in length. They get their name from the heavy ridged scales covering their tails that can be used to defend their body as they hide in crevices or burrows much like the Uromastyx Lizards of North Africa. They live in arid areas of Northwestern Australia where they rely heavily on a diet of insects and other small geckos and lizards. Their gentle nature and small size makes them a sought after reptile pet and in captivity they are found in the yellow, red and hybrid color choices.

The other micro lizard the Timor monitor

The Timor monitor is found on four Islands in Indonesia including East and West Timor as well as Savu. They have a body that is very close in size and shape to that of the Ridge-tailed Monitor except for their smooth prehensile tails. At a maximum adult size of 24 inches these slender monitor lizards have strong sharp claws used for climbing trees and defense but will rarely offer to bite or bolt when housed in captivity. They also live on a diet of insects, geckos and other small lizards and are suited to a more tropical setting that includes water, leaf litter and trees.

Have you been trying to find a monitor lizard for sale?

After a strong period of captive production in the late 90’s the ridge-tailed monitors almost all but disappeared form the captive reptile pet trade and since they originate from Australia there has been no imported animals in over forty years. The bulk of the Ackie monitors available today are captive born babies that come from a few very dedicated breeders that have kept the species available to the US market. Inversely the Timor Monitor has gone from regular importation of wild caught adults to a more readily available stream of captive born farm raised babies that are solid and strong animals. At xyzReptiles we have a dedicated section of monitor lizards for sale that features the Ackie monitor as well as a range of other lizards like captive born baby Water Monitors.