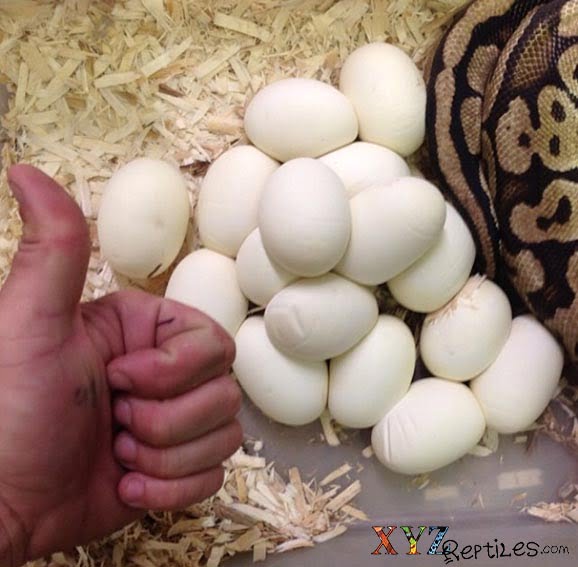 Its ball python breeding season and for most of you out there involved in the hobby the next four months will be filled with snakes laying eggs and hopefully racks filled with babies at the end of the season. If you got all the way through the acquisition of healthy snakes and raised them for the next three to four years and got sexually mature animals to reproduce it would be a real shame to ruin those eggs by using improper incubation methods or the wrong incubation substrate. Let’s look closely at some of the options available on the market for incubating ball python eggs.

One of the most popular incubation substrates on the market today is vermiculite. Vermiculite is a mineral that is mined in places like China, Russia, South Africa and Brazil. It is heated in large furnaces and once cured can withstand large amounts of heat and can also absorb water and release it slowly which makes for a great egg incubation media. The best way to use it is to measure exact amounts of vermiculite and mix with water for a 50:50 or one to one part by weight mixture. When properly done this mixture should clump and feel like wet sand or soft clay. The amount of water used can be changed when incubating eggs from species that are known to inhabit a more arid region.

Utilizing Perlite as a substrate to incubate ball python eggs

Perlite is also a mined and treated naturally occurring product that is the result of hydrated obsidian. After being heated it expands and loses the water that gives it its bright white color and porous quality which makes it a perfect vessel for the absorption and slow release of said water once it is hydrated again. It is used in construction and as an insulating material as well as a substrate for hydroponics and finally as an egg incubation substrate. The mixture of water to perlite by weight is the same as for vermiculite which is 1 to 1. There are a group of breeders that will use a perlite and vermiculite mixture of 1 to 2 before mixing the compound with water. This is supposed to result in a better water absorption and release experience for the delicate snake eggs.

In the end every breeder has their own method for egg incubation and while some will freely share this information others tend to keep it a secret like grandma’s apple pie recipe. At xyzReptiles we are always available to answer questions regarding everything from genetics and set-ups to feeding and incubation of eggs. Like most other breeders we have done it all and even experimented with some unusual incubation substrates but since the wrong turn can be life or death for a snake egg we would like to help you in any way possible.

« Have you tried keeping Small Monitor Lizards as reptile pets?
Have you been looking for pet boas for sale? »