The Spotted Python, Children’s Python and other small Australian Pythons 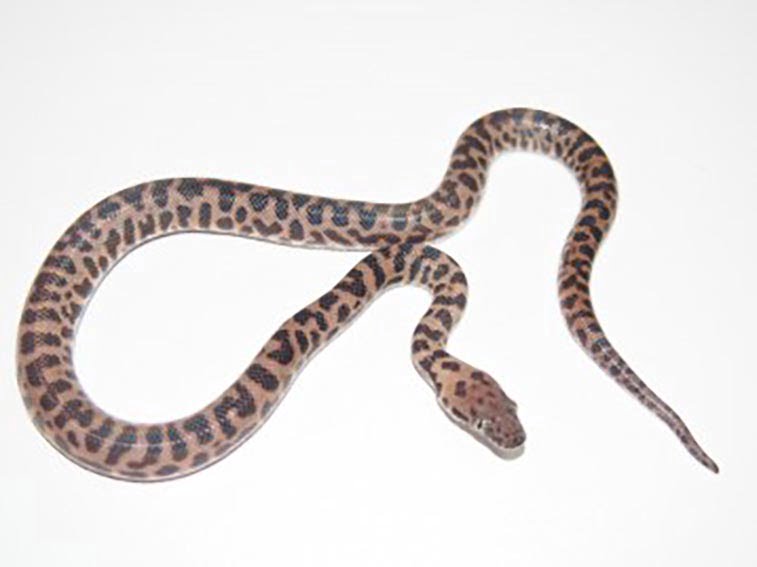 The word Python brings up a couple of very strong thoughts in the minds of people who hear it, the first thought being constrictor and the second being large. Although the Spotted Python and the Children’s Python are both constrictors they are far from being considered large. These slender and diminutive snakes are some of Australia’s group of small pythons and like most other animals found on the continent they do not adhere to rules or norms that apply elsewhere on the planet. As most people gravitate towards the commonly found snakes in the pet trade we thought it would be nice to take a moment to talk about some of the smaller and often overlooked Australian Pythons.

A snake that is commonly mistaken for and sometimes sold as Children’s Pythons is the Spotted Python. Found in Northern Australia, Antaresia maculosa can be found in rocky outcroppings and cliff walls as it tends to be more comfortable on higher ground and will feed on bats when given the opportunity. One way to tell the two snakes apart is the fact that Spotted Pythons are more of a brown snake with a tan pattern while Children’s Pythons are a tan snake with brown spots. It is possible to find this beautiful snake in a multitude of color and pattern morphs including Blonde, Albino, Striped and Calico.

Children’s Pythons and their namesake

A common misconception about this small Australian Python is based around the animal’s name. Antaresia childreni better known as the Children’s Python is often thought to have been named for the fact that these small and docile animals are commonly kept as pets by young herpers due to their gentle nature but in fact the namesake of this species is the English zoologist John George Children. These tan, brown and black colored pythons get to a relatively small python size of three to five feet. In the wild they can be found in North Western Australia and they live on a diet of small birds and mammals.

Other Australian pythons that are great to keep

Other small Australian Pythons included are the Stimson’s Python (Antaresia stimsoni) which maxes out at three feet and with its red on tan color make a very attractive and small pet python. They are known to live underground and in tight crevices and will feed on small mammals as well as lizards. Also worth mentioning is the Pygmy Python (Antaresia perthensis) with its bright coloration and extremely small size. This Python lives in termite mounds in the wild where it will feed on a diet of small geckos. They are great animals to keep if established on rodents and can be found with a little patience.

At xyzReptiles we try to carry a nice mixture of different pet snakes including the Spotted Python and while staying true to our passion for Ball Python Morphs as well as Monitor Lizards and Tortoises among other species. Many people have given up the love of herpetology as they chase a quick return by breeding and keeping what’s hot on the market at any given time. We recommend that whenever possible keepers should try to breed and promote the more obscure species as restrictions on the trade make it harder and harder to find these animals today.

« The Caiman Lizard: Your Very Own Faux Crocodile
The Leucistic Ball Python is so much more than just a beautiful white snake »