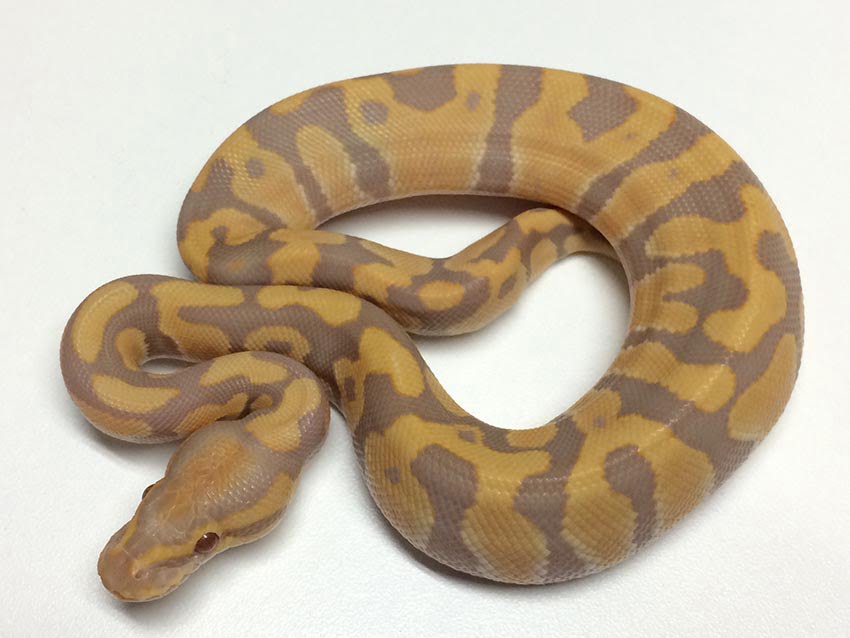 The Ultramel Ball Python is one of the most beautiful and underutilized recessive morphs on the market today and there was a time when the entire project almost got scrapped. The origin of this morph has a winding story that started in Africa and almost got lost in South Florida. Luckily for us the project is strong and growing every breeding season with the help of a few dedicated breeders.

The mistaken identity of the other Caramel Albino Ball Python

The Ultramel Ball Python was mistaken for a Caramel Albino Ball Python in the US and Africa in two separate instances that almost saw the end to the entire morph before it had a chance to begin. A prominent breeder in Florida had an imported Ultramel that he had bred to a het Caramel and when the offspring turned out to be normal he was disillusioned with the entire project and decided to let someone else deal with the mess. Meanwhile in Africa the same case of mistaken identity led to the introduction of the animals into the US market as extra bright Caramel Albinos.

This is a problem because as breeders were discovering the kinking and fertility issues related to the Caramel Albino, the last thing anyone wanted to do was start projects with a morph that seemed on the surface to be nothing more than another problem case. What people hadn’t realized is that like Albinos and Lavender Albinos which are similar but not the same, Caramels and Ultramels were two separate and unrelated lines of T+ Albino. Luckily this was all solved when a second Ball Python breeder got a hold of some double het animals and produced in captivity what came to be the Ultramel, Caramel and Camarillo from the same clutch.

How to find a true Ultramel Ball Python for Sale

I personally spent time at many shows explaining the difference between these two T+ Albinos by putting the animals next to each other for a visual comparison as well as breeding multiple Ultramel females as young as 18 months of age. The offspring from the breedings have never shown any kinking issues and the combinations which are limited but growing in number have all beaten expectations. At xyzReptiles we are happy to offer our customers the opportunity to buy a true Ultramel Ball Python for Sale from both the US and African lines. We are here to help with breeding, housing and genetics related questions as well.