Home > Reptile Articles > What are the best beginner snakes?

What are the best beginner snakes? 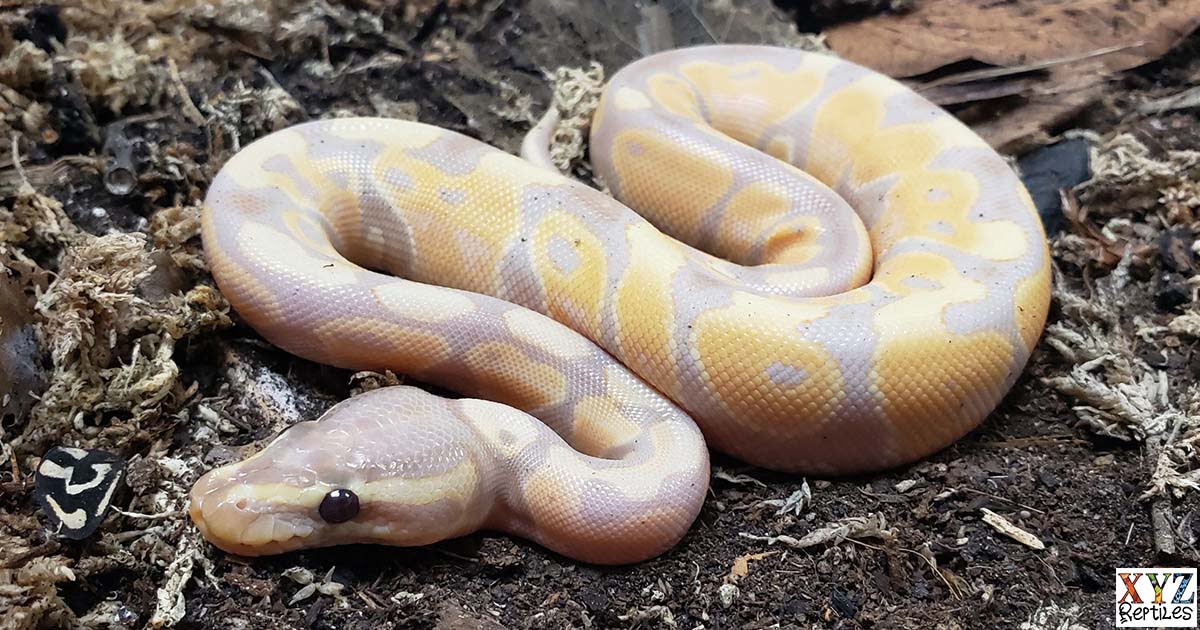 There are over 500 species of commonly sold snakes, which can make choosing a good beginner snake a challenging endeavor. While all snakes are cold-blooded and scaly, their needs can vary greatly by breed. Fortunately, we’ve already done the research for serpent-lovers trying to decide on the best starter snake as a pet. Temperament, dietary needs, enclosure requirements, and cost. These are the most important factors that beginners should keep in mind. Using this criteria, we’ve narrowed down the options for 3 of the best pet snakes to start with. These low maintenance snakes will soon have you on your way to becoming an expert snake owner.

The Rising Popularity of Pet Snakes

Domesticated animals such as dogs and cats still dominate the top positions as the most common pets. While unlikely to be displaced, reptiles are quickly climbing the ranks. Reptiles exploded on the pet scene in the late 20th century, starting around the 1980s. According to the American Pet Products Association, there are an estimated 4.5 million U.S. households that currently keep a reptile as a pet.

If you’re at all familiar with these scaly creatures, it’s not hard to see why reptiles make great pets. They require minimal care, groom themselves, and tend to have lower food costs. They don’t require constant attention from their owners and are perfectly happy in small spaces. Unlike dogs or cats, snakes are a fun hands-off pet that can suit multiple lifestyles.

Many of the best beginner snakes are naturally the snakes most commonly kept as pets. A good beginner snake has a calm, docile temperament; doesn’t mind being handled; and poses absolutely no danger to its owner (sorry, you won’t find any venomous snakes on this list). In addition to their demeanor, a good beginner snake should also be inexpensive, readily available at online pet stores, and can live in a multitude of habitats.

If you think that a common snake breed makes it ‘boring’ you couldn’t be more wrong. Many of these popular starter snakes come in a variety of colors and patterns. Some snake color combinations are rarer than others, offering another unique and fun aspect to snake ownership.

Also referred to as red rat snakes, Corn Snakes are hands-down the easiest snakes to own. They are known to be friendly and active as they enjoy being handled and are very social. In addition to their wonderful temperament, they are inexpensive, easy to care for, and overall fun to have around. Their lifespan falls into the average expectancy for a captive snake, which is between 10 and 15 years.

Native to North America, these snakes can be found throughout the country from Utah to New Jersey, to Florida, but are most abundant in the Southeastern U.S. They can tolerate both warm and cold climates and are active during both day and night. Thanks to this flexibility, buying a corn snake habitat is inexpensive. These slender, medium-sized snakes typically range between 3-4 feet and only require a 10-gallon tank to start with.

In terms of colors, Corn Snakes are typically orange or brownish-yellow, with red and black blotches on their back. However, being the most commonly bred snake species in the United States, there are hundreds of color variations through selective breeding. Common corn snake morphs cost around $69, while rare corn snake morphs can cost several hundred dollars.

Corn snakes feed once or twice a week. In the wild they will eat smaller prey such as lizards, frogs, mice, rats, or birds. In captivity, they will readily accept frozen-thawed rodents.

The widely popular ball python is also a beginner-friendly snake and just as low maintenance than it’s easygoing corn snake counterpart. Some of the differences between the two include, ball pythons being larger, heavier, and living almost a decade longer.

One of the most significant factors when deciding between a ball python or a corn snake is the price. Common ball python morphs start at around $50 dollars but regularly sell within the $100-$200 range. Rare ball python morphs can price in the thousands – making them potentially one of the pricier beginner pet snakes. If variety is important to you, ball pythons can’t be beat. These snakes offer more color and pattern varieties than many other snake options. There are over 500 morphs to choose from!

Ball Pythons Can be Shy

Another major difference between the ball python and the corn snake is that ball pythons can be known to be quite shy. More often than not, owners will catch their ball python hiding somewhere in their terrarium. For this reason, a hide box or other structure where they can be hidden from sight is a must in their tanks. This does not mean, however, that these snakes dislike physical contact. Ball pythons certainly have their friendly moments and most are comfortable being handled. Adult ball pythons will often wrap themselves around arms, and waists.

Male ball pythons average around 3-4 feet in length, while females are slightly longer at 4-5 feet long. Ball pythons require a larger enclosure of at least 30-gallons as adults. While they don’t require a specific lighting schedule, they do have specific environmental needs. Being native to Central and Western Africa, they require humidity (at least 50%) in their tank, as well as an ambient temperature of 84 degrees. Aside from this, ball pythons are considered to be relatively easy to care for.

Feeding a ball python is simple and straightforward. Ball pythons in captivity eat rodents, primarily mice or rats, about once a week. Wild ball pythons will also eat gerbils and gerboas. Ball pythons can easily be switched to a frozen-thawed food item from a live prey item.

Also referred to as ‘Cali Kings’ for short, don’t let the name of these colubrids fool you. California King Snakes are constrictors that rarely grow longer than 4 feet. They are solidly mid-sized snakes that can be housed in a medium-sized terrarium (at least 20 gallons) their entire life.

Social, friendly, and easy to maintain, like it’s beginner-friendly brethren, the California kingsnake isn’t picky when it comes to temperature. One thing to take into consideration, however, is that they do prefer having a warm (temperatures in the 80s) and a cool side (temperatures in the mid-60s or low 70s) in their tank. No need for a heat lamp, a heat pad and natural lighting will suit them just fine.

When it comes time to eat, California kingsnakes will eat just about anything smaller than them – even other snakes (for this reason, it’s best to avoid housing this snake with others). As with most snakes, they initially prefer live mice. Feed your Cali King at least twice a week, although you may be able to feed them less frequently once they are fully mature.

Unlike the Ball Python or Corn Snake, there aren’t nearly as many California Kingsnake morphs (only a few dozen or so). The limited number of morphs means fewer colors for the first-time snake owner to choose from. The benefit, however, is that the price for California Kingsnakes doesn’t vary as widely. Prices on the low end of the scale can start at $149 but rarely go beyond $300. The cost of the California Kingsnake is squarely in the mid-range of great beginner snakes. This breed also falls in the middle when it comes to lifespan, with most of these snakes living between 18 and 20 years.

The Key to Picking the Best Beginner Snakes

The Corn Snake, Ball Python, and California Kingsnake are all wonderful options for first-time snake owners. With more in common than they have differences, choosing between these three will ultimately boil down to cost, space, and desired-level of interaction.

Corn Snakes are the most affordable, in terms of purchasing the snake itself as well as the cost of materials for its enclosure. Because it is the smallest snake of the bunch and can suffice with a smaller tank, Corn Snakes are recommended for those looking for a cheap pet snake. California Kingsnakes have a slightly higher starting price, but with less price variation, these are less likely to cause sticker shock when it comes to picking out a morph. The most expensive of the beginner snakes is the Ball Python as morphs can range into the thousands of dollars.

In terms of space, all three snake options are relatively small and have medium-sized enclosures. Ball Pythons have the largest sized tanks at 30-gallons; California Kingsnakes need a minimum of 20, while the common Corn Snake only requires 10. To keep tank (and cost) requirements down, opt for male snakes, as females of most snake breeds tend to be larger as adults.

The final determining factor when it comes to selecting the best beginner pet snake is how social you want it to be. Corn Snakes and Cali Kings are social and active. They provide entertainment value even when they’re not being handled. Ball Pythons, on the other hand, are shy and much more prone to hiding. Is being able to admire your snake in its enclosure a major part of the appeal? If so opt for one of the other two snakes instead.

Buy Your Beginner Snake from a Reputable Breeder

If this is your first foray into having a reptile as a pet, opt for a low maintenance snake. This will ensure that your first pet snake experience is an enjoyable one.  The next most important step is to buy your beginner snake from a reputable breeder or online pet store. Properly bred snakes will have fewer health issues and often have better temperaments. Healthy snakes are happy snakes, and that means lower vet bills down the road. So don’t just spring for the cheapest snake online, you may end up paying for it in the long run.