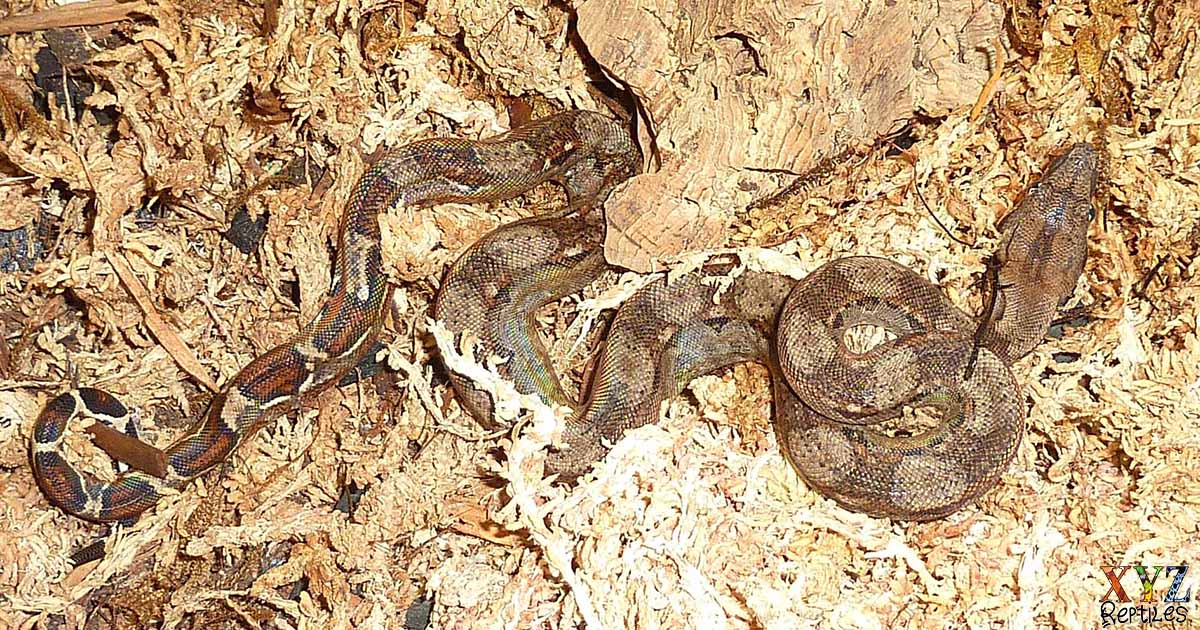 The Nicaraguan Central American Boa is a unique member of the Boa constrictor family and makes for a great intermediate pet for an experienced snake owner. Dwarf boas as pets are fairly easy to care for since they are not aggressive and easy to feed. For those wanting to dip their toe into medium-sized snake ownership, the Central American varieties are a great place to start.

While the thought of a thick-bodied Boa as a pet might seem intimidating they are known to be a relatively docile species. Regular handling and proper care will quickly ensure a calm and healthy pet for a decade or more.

The true Boa snake family, Boidae, is comprised of over 40 species of nonvenomous constrictors. These species’ can be found throughout South America, Central America, and the West Indies in a variety of climates. The general majority of boa constrictors prefer tropical rainforests but can be found in savannas and more arid, desert-like environments as well. The diversity of their habitats is one of the main factors that contribute to the unique coloration and markings of each species. Snake enthusiasts will find that boa constrictors for sale can vary drastically depending on their region of origin. As such, there is a wide variety of naturally occurring boa constrictor morphs.

The Central American boas size is on the smaller side of the snake spectrum and averages 5 feet in length. The Nicaraguan Central American boa subspecies are even smaller still with males averaging 4 feet in length and females averaging 5 feet. Their small stature has rightfully earned them the nickname ‘dwarf boa’. These smaller boas are much easier to handle and significantly easier to house and care for, making them a great transition pet from beginner snakes.

There are two color variants that occur naturally amongst Nicaraguan Central American Boas. The most common is the “Wild type” color, which is common amongst most other imperator subspecies. Less common is the naturally occurring “Hypo” color variant which causes the snakes to lose most of their black pigmentation. These boas appear to look orange or pink in color.

Nicaraguan Boas are commonly bred to bring out their naturally light coloration.

Thanks to their small size, dwarf boas don’t require enclosures as large as their other boa relatives. Most won’t require more than a 50-75 gallon tank that’s at least 2 X 4 feet. Hide boxes are a must for any snake, but since boas are a thick, muscular breed, make sure to use a sturdy material that can withstand their heft.

Central American boas need warm, humid enclosures to accommodate their tropical origins. However, it’s important to maintain a cool and warm side to their tanks. Snakes must be able to self-regulate their body temperature as needed. Heating pads or heat lamps can be used to maintain temperatures of 90-95 degrees on the hot or “basking” side of their tank. The designated cooler side should maintain a temperature between 78-84 degrees.

Another key component to providing the ideal Central American boa enclosure is to provide a large water bowl at all times. This helps to recreate a humid environment. Snake owners must pay close attention to their boas, however, as too much water can actually be harmful to the snake. Dermatitis is a common health issue in boas that is caused by improper temperatures or humidity levels. A spilled water bowl can make the enclosure overly humid and lead to blisters on your snake.

Nicaraguan Central American boas aren’t picky when it comes to the lining of their tank. Several acceptable substrate materials are household items such as newspaper and paper towels. Others include cypress mulch, aspen bedding, or snake carpet. When using plant-based bedding, it’s important to make sure that this substrate is not ingested during feeding. Be sure to avoid pine and cedar mulch which can be toxic and dangerous to reptiles.

Young boas need to eat more frequently than mature boas. Start them off with mice or rats once a week until it has grown 3 feet in length. Once near maturity, feedings can occur less frequently from every 10 days to every two weeks.

As is the case with most other pet snakes for sale, boas can be transitioned to eating pre-killed or frozen food items. When it comes to deciding their food source, it’s important to consider their extra-small size. Whether frozen or live, their food should never be larger than their width.

Buying a dwarf boa is a serious commitment. This breed has a life expectancy of 20 to 35 years. Barring a few common health issues, this species is relatively hardy.

The first step in having a snake live a long time is selecting a healthy, captive-bred boa. Signs of a healthy boa are frequent tongue flickering accompanied by clear, bright eyes. Check for clear nasal passages without mucus or bubbles as well as any visible cuts, bruises, or blisters.

Dwarf boas may be small, but that doesn’t mean they are a walk in the park. Only experienced snake owners should consider these intermediate-level snakes. Those who have cared for a snake before will find this boa to be a manageable and enjoyable pet.

The most important thing to consider when buying a Nicaraguan Central American boa is the seller. A reputable breeder or seller will breed snakes in captivity responsibly. This results in pet snakes that are healthier and have a better temperament. Snakes purchased from reputable sellers are more social and used to being handled. This makes for a much better experience for both the snake and their newfound owners.

« What are the best beginner snakes?
What types of milk snakes make good pets? »