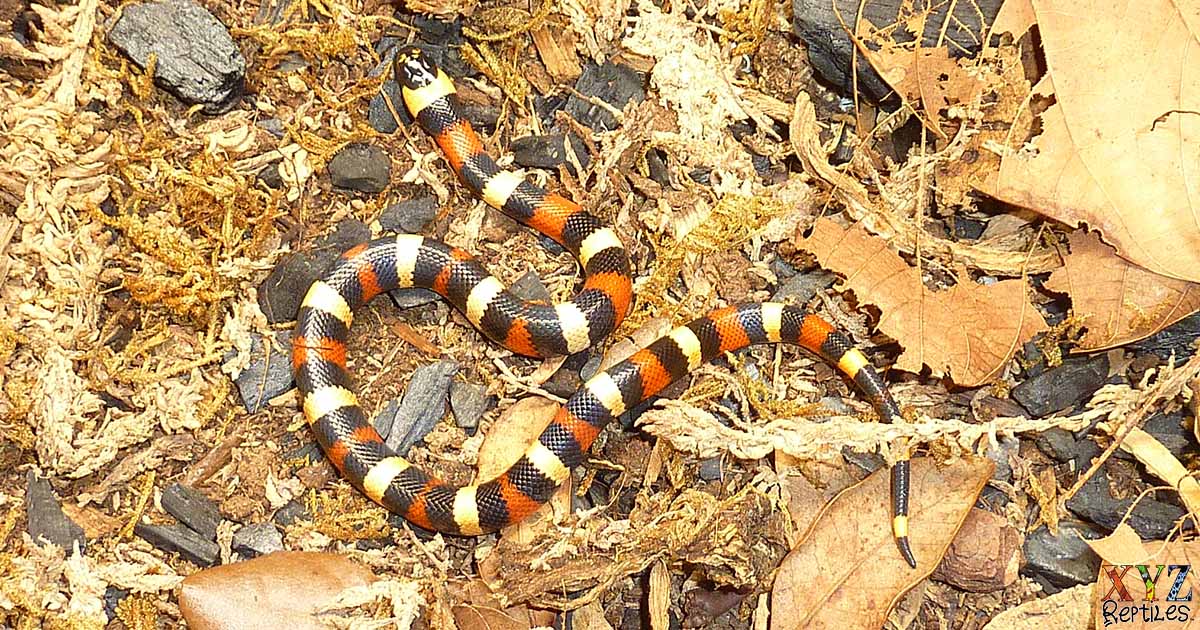 Choosing a milk snake as a pet can be difficult since there are many types of milk snakes to choose from. In fact, there are 24 milk snake subspecies with half of them being commonly found at pet stores. Known for their vibrant appearances and friendly behavior, milk snakes are a fun pet snake to have.

Snake lovers looking for a visually striking pet won’t be disappointed. Each milk snake subspecies offers pet owners a different set of color variations and patterns. The wide variety of milk snake morphs is just one of the many reasons why these species are so popular.

Milk snakes (Lampropeltis triangulum) are popular amongst novice and experienced snake owners alike.Their docile disposition, manageable size, and adaptability make them well suited to be kept as pets. Caring for a milk snake is relatively low maintenance as they do not have stringent temperature, humidity, or lighting requirements. This is not surprising given that they are part of the Kingsnake genus – which is widely recommended as one of the best snakes for beginners.

Despite their namesake, milk snakes have nothing to do with milk, cows, or the like. They are a species of kingsnakes, the colubrid New World constrictors, and part of the genus Lampropeltis. Size, coloration, and pattern of a milk snake will vary depending on the subspecies’ geographical place of origin.

This nonvenomous species has the largest geographical range of any land snake. They can be found throughout the entire North American continent from South America to southern Canada. Part of the reason why milk snakes are so prominent in the pet trade is that there are 8 subspecies native to the U.S. alone!

Milk snakes are colorful come in a variety of dazzling color combinations. The typical coloration involves three colors, which is why this species is sometimes referred to as a “tricolor”. Conditions like albinism (as seen in the albino Nelson’s milk snake) create even more morphs to select from.

How Big do Milk Snakes Get?

Aside from their color and pattern, the biggest difference between types of milk snakes is their length . While most milk snakes are small (around 2 feet long), certain subspecies can average 4 or 5 feet long. The length of a milk snake will vary depending on its place of origin.

Unlike most other snake species, milk snakes are not sexually dimorphic. This means that there is no difference in length or appearance between male and female snakes.

Are There Any Types of Milk Snakes That Are Venomous?

No, milk snakes are not venomous. Unfortunately, their vivid colors often cause them to be mistaken for coral snakes or copperheads. The similarity of a milk snakes pattern and coloration is no accident. This is a defense mechanism known as Batesian mimicry, where one species adopts characteristics of another to ward off predators. While useful in the wild, this successful copycat technique results in humans erroneously killing these harmless and gentle reptiles.

The Difference Between Milk Snakes and Coral Snakes

The most common tri-color combination of a milk snake is red, black, and white. This causes milk snakes to frequently be misidentified as the venomous coral snake. To tell the difference between the two, look to see which bands of colors are touching. Coral snakes have adjacent red and yellow bands, while milk snakes’ are red and black.

The Difference Between Milk Snakes and Copperheads

The brown eastern milk snake is the most common type of milk snake mistaken for this venomous viper. Both snakes have black, crossing bands that cover the snakes back and sides. Copperheads have blotches (also referred to as “saddles”) in a distinct hourglass shape while milk snakes have thick, rounded bands.

The easiest way to tell the difference between a milk snake and a copperhead is by looking at their belly. A copperhead has an unmarked, creamy coloring while a milk snake will have black scales that look like a checkerboard.

What Do They Eat?

In the wild, milk snakes primarily eat rodents, although they also eat other mammals, birds, and even other snakes. They are constrictors and obtain their prey through strangulation. Captive milk snakes will readily eat frozen-thawed food and have a preference for mice.

Milk snakes do not require a particular feeding schedule but consistency is key. Feed the average adult milk snake once or twice a week and a young milk snake slightly more frequently. Due to their variation in size, the exact amount to feed them will vary based on the type of milk snake.

Choosing the Right Snake For You

When it comes to milk snakes, it’s hard to go wrong. Milk snakes are colorful, not aggressive, and easy to care for. The only real and notable difference between localities is their length. The black milk snake and Honduran are the longer of the species and can grow to be 4 feet long (or longer).

The average milk snake lifespan is about 12 years. Although this lifespan is not as long as some other snake breeds, potential owners should consider buying a milk snake as a long term commitment.

Be aware that milk snakes are cannibalistic and will eat their own kind. Therefore, it’s strongly recommended that milk snakes are kept in a separate enclosure. If you already own several types of snakes and want a new addition to your terrarium, this species would not be a great choice.

« Facts About the Nicaraguan Central American Boa
Is a Ball Python a Good Pet? Why or Why Not? »