Home > Reptile Articles > Is a Ball Python a Good Pet? Why or Why Not?

Is a Ball Python a Good Pet? Why or Why Not? 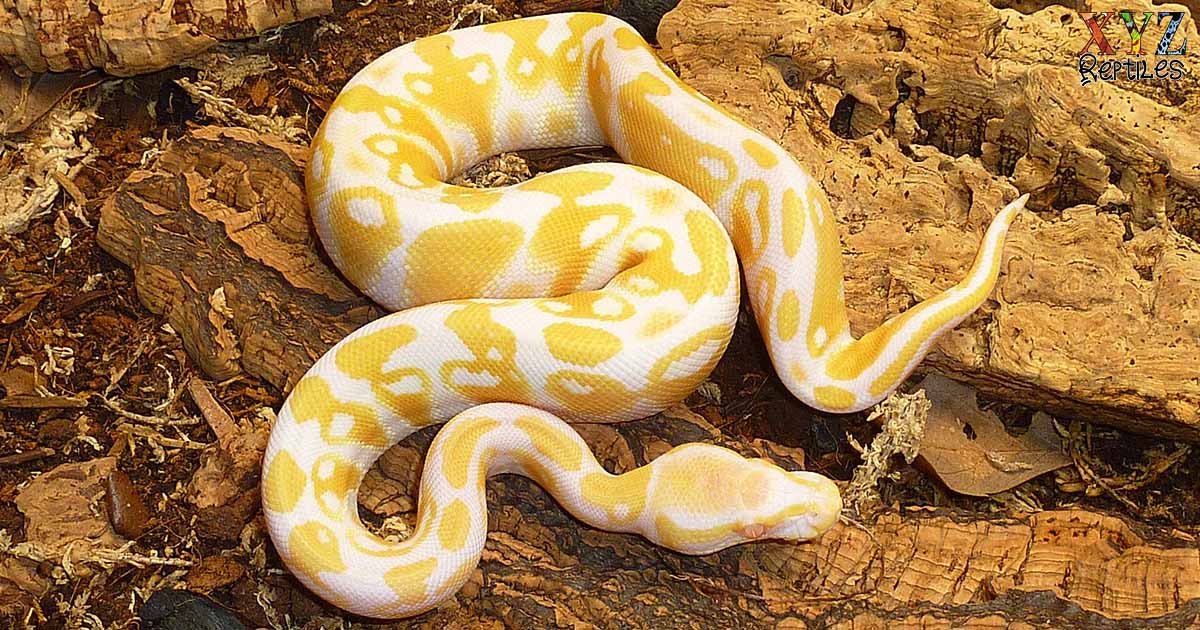 5 Reasons Why a Ball Python is a Good Pet

Social, docile, and low-maintenance are just a few of the qualities that make a ball python a good pet. In fact, these medium-sized snakes make such great pets that they’re widely regarded as one of the best snakes for beginners. Their appeal is not limited to novice snake owners, however. Ball pythons are equally popular amongst experienced reptile enthusiasts and breeders, as rare ball python morphs can fetch several thousands of dollars. There’s a lot to like about ball pythons, but these are five main reasons why ball pythons make good pets.

As a whole, snakes require significantly lower maintenance than furry, four-legged companions. Ball pythons, however, are notably low maintenance even by reptilian standards. They do not require much attention from their owners to thrive, have considerably low food costs, and their small stature makes them easy to accommodate in small dwellings. Overall, ball pythons are an easy pet to own that can fit even the busiest lifestyle.

Ball pythons only need to be fed once every week (or even every other week as they mature). When they do eat, they can be trained to accept frozen thawed mice, making for an even easier feeding situation. Eating infrequently isn’t just great for cutting down on food costs, but also means that ball pythons defecate infrequently as well. This allows ball python owners to go on extended travels without worrying. A pet that you don’t need to hire a sitter for? Pretty convenient!

2. Ball Pythons are Agreeable and Well-Disposed to Handling

If your desire is to be a hands-on snake owner, there are few snakes with a disposition better suited to being handled than the ball python. Unlike other snakes that need to become accustomed to being handled – or are easily stressed by it – ball pythons are surprisingly accepting of physical contact with their owners. They would be equally content if they were never handled a day in their life.

For snake owners with children, the ball python’s agreeable nature and non-aggressive disposition can be a huge relief. Snakes born and raised in captivity are well-adjusted to being handled. This is great news for snake owners who have children that may want to touch a snake. Ball pythons curl into a ball (hence their namesake) rather than bite when they are agitated. Even when they do bite, it’s not very painful or dangerous. Even though ball pythons are harmless, children should always be supervised when handling them.

3. Ball Pythons Have a Long Lifespan

This argument tends to divide a room. Ball pythons have an average lifespan of 20-30 years when kept in captivity. To some, a pet with a long lifespan is an exciting opportunity that allows for decades of building a bond with an animal. To others, a long lifespan can be a burden. A lot can change in two decades: moving to different states or countries, making space for a growing family, or having reduced mobility (and thus, ability to care for a snake) due to medical reasons.

If your life is stable and you are confident that your circumstances will allow keeping a 40-gallon terrarium, then yes, a ball python would make a good pet.

Ball pythons are one of the smallest in the python family, which makes them relatively easy to accommodate and helps to keep costs low. With a maximum length of 6 feet, the average size is much more manageable. Babies only need a 10-gallon terrarium. Adults can be comfortably live in a 40-gallon terrarium. They don’t require an elaborate setup, as they are pretty lax in terms of their environment. Pythons can be found all over the world in a variety of climates.

5. Ball Pythons are Affordable to Feed

Another benefit of ball pythons’ small stature is how affordable it is to feed them. A snake’s size has a direct correlation to how much it costs to feed them. Bigger snakes require bigger  – and costlier – prey, and more often. The size of a snake’s prey should be about the same size as its body at the widest point. As the snake grows, the size of the prey should increase as well.

The average cost of feeding a snake is $50. But since ball pythons stay small, owners can stick to inexpensive feeder mice as their food source. These tend to cost around $2 each. Pair this with the fact that ball pythons only eat on a weekly basis (or even more infrequently), and you’ve got an impressively cost-effective pet.

Another convenient characteristic of ball pythons is that they are easily conditioned to accept thawed, pre-killed mice. Hatchling snakes will start on medium mice (called ‘hoppers’) and eventually graduate to larger prey. The progression of feeder mice sizes goes to hoppers/medium and then eventually adult mice. Large species will eventually move on to rats, the larger commonly available rodent.

Determining if a Ball Python is a Good Pet

For the average snake owner, choosing a pet snake relies on three factors: cost, care, and entertainment value. Regardless of the animal, it’s important to ensure that any potential pet is one that the owner can afford to care for and enjoys having around.

Cost is the initial hurdle one must face when considering a snake as a pet. While snakes are known to be less costly than typical household pets such as dogs or cats, this doesn’t mean all snakes can be considered an inexpensive pet. Cost doesn’t simply refer to the cost of the snake itself, this also includes the costs involved with housing, food, and medical attention. A disease-prone breed might be inexpensive up front, but incur several times the initial cost in medical bills down the line.

Whether a snake would make a “good pet” or not is largely based on whether it can fit into the owner’s lifestyle. Certain breeds are lower maintenance than others and allow for a more hands-off approach to snake ownership. Some require a very particular environment and are highly sensitive to changes in temperature, lighting, or humidity. These types of snakes need an attentive experienced caretaker, which might not fit the lifestyle of the average person. And since many snakes have a long life expectancy in captivity, it’s important that their potential owner is prepared for a 10, 20, or 30-plus year-long commitment.

At the core of any decision to get a pet snake is the “cool” factor. Snakes offer a novel pet experience that’s distinct from owning common pets like cats, dogs, hamsters, or fish. But most snake owners aren’t in it simply to have an uncommon pet or venture off the beaten path. Sure, getting to say that you own a snake can be fun in and of itself for the shock value. But the real joy that pet owners find in their snakes is the dazzling patterns, the vibrant colors, or the excitement of rare patterns (i.e. a morphs). So while it can certainly be said that snake owners have an appreciation of these reptiles, a big portion of the appeal is a visual one.

The entertainment value of a snake isn’t just physical but also includes the behavior of a snake. Is being able to observe and admire your snake the driving factor of wanting to own one? Perfectly understandable. But in that case, a shy snake that spends the majority of its time in hiding would not be a good pet snake for you. If the thought of simply owning a snake is enough to put a spring in your step, then anti-social snakes still have the potential to be a good pet for you.

Is a Ball Python a Good Pet for Me?

For the average snake lover, expert, or complete beginner, a ball python would certainly make for a good pet. There are virtually no circumstances that would make a ball python a poor choice. A ball python requires very little in order to thrive so if this small, docile python seems like too much to handle, a snake may just be the wrong pet for your lifestyle overall. Any snake enthusiast would find it difficult to find a more low maintenance snake.

Ball pythons offer everything that a beginner or casual snake hobbyist could want: reasonable cost, a great disposition, and a fun variety of colors and patterns to choose from. If you are looking for a snake that checks all of the boxes, look no further. A ball python is a good pet option for anyone and everyone considering getting a snake.

Acquiring a ball python is as easy as the responsibilities of owning one thanks to its widespread popularity. The most popular baby ball python morphs are of various price ranges. This ensures that even those with a modest budget can buy a really cool snake.

« What types of milk snakes make good pets?
What is a ball python morph? »