Home > Reptile Articles > What is a ball python morph?

What is a ball python morph? 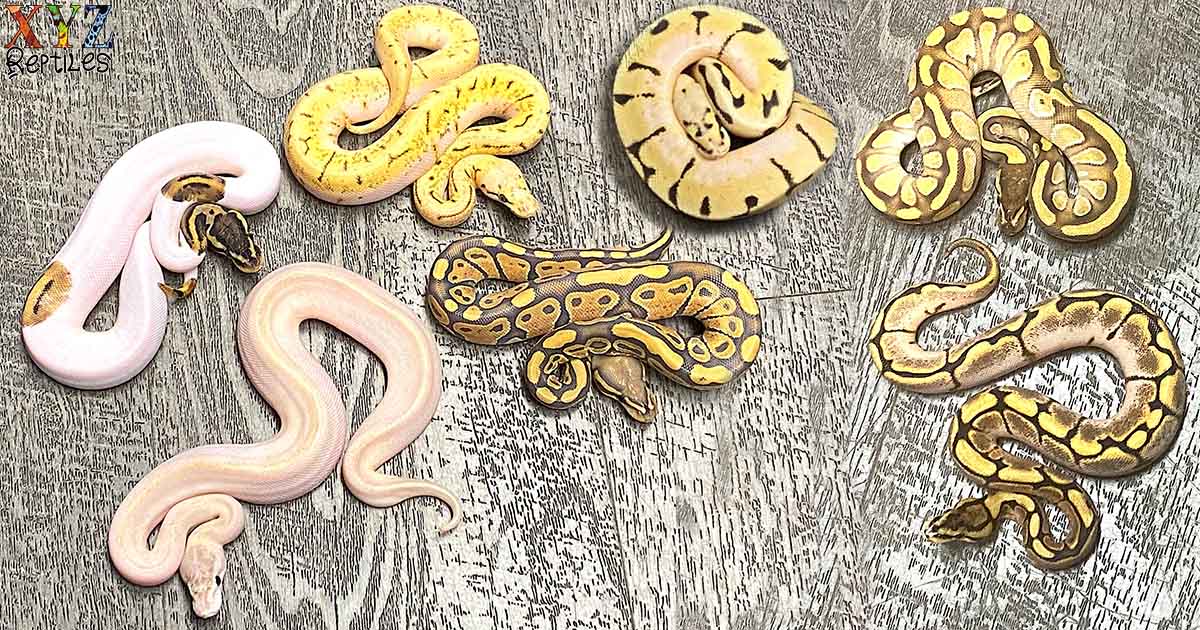 What is a Ball Python Morph and How Does It Occur?

The majority of dazzling ball python morphs that we know today were created through selective breeding. Certain colors or parts of a pattern can be enhanced, repressed, or altered depending on the combination of certain genes and how they interact with one another.

Dominant genes will always be expressed regardless of what other alleles (a version of a gene received from a parent) its paired with. Recessive genes are ones that can’t be expressed unless both parents carry it. Codominant genes allow a combination of both alleles to be expressed and are responsible for many of the unique ball python combinations. An example of this is if a red flower and a white flower were to reproduce and have pink offspring.

There are dozens of types of ball pythons. Certain morphs are a variation in color while others refer to unique and unusual patterns. While each is beautiful in its own right, these morphs serve as the building blocks to create entirely new combinations. Certain ball python morphs are only possible by combining certain types together. One example is the Mojave ball python whose codominant genes aid in making a Blue Eyed Leucistic (BEL).

However, to get a true appreciation for the dazzling array of ball python morphs for sale, let’s look at the normal ball python morph first. This term is a bit of an oxymoron, as the word “morph” implies a variation from the original. The “normal” or standard ball python appearance is one with brown coloration, with dark brown banding accompanied by light brown splotches along it’s back and sides. Through the isolation of genes, breeders have been able to produce these snakes in a multitude of colors from pure white to yellow to silver.

What is a Designer Ball Python?

As their name would imply, designer morphs are rare and expensive. A snake dubbed with this title means that there was a near-zero chance of that coloration or pattern occurring naturally without the intervening of a breeder. Basic morphs, on the other hand, are naturally occurring mutations. These along with other of the more common ball python variations may range in the $100-200s, while rare ball python morphs can be priced well into the thousands.

Albinism vs Leucism in Snakes

Albinism is a rare but naturally occurring mutation that causes the absence of black pigment or melanin. This can occur in any species, including humans. Albino ball pythons are not entirely devoid of color, however. They have bright yellow blotches on a white base with red eyes. Unlike humans, reptiles and amphibians don’t rely solely on melanin to produce their coloration. Certain species produce carotenoids, red-orange pigments unaffected by albinism.

Leucism is a partial loss of all pigmentation, even carotenoids. This condition is the cause of any truly white coloration, such as white spots or patches. The Piebald ball python, for instance, is one of the most unique ball python morphs. It has a white base with patches of brown and tan coloration and looks as if the snake had part of its pattern erased. Two stunning examples of a leucistic ball python are White Wedding and Blue-Eyed Leucistic (BEL). Both have pigmented eyes which is the hallmark difference between albinism and leucism.

Another melanin-related condition that has resulted in ball python morphs is hypomelanism. Hypomelanism is a partial lack of melanin. This causes “reduced” or less vibrant pigmentation, as seen in the Ghost ball python.

The ever-growing popularity of ball pythons has made it easier than ever to find common or rare ball python morphs. They are widely available anywhere that reptiles are sold. Keep in mind that the rarer the morph, the more expensive the snake will cost – especially if it’s the first of its kind. Fortunately, there are plenty of these popular snakes to choose from at the lower end of the scale.

Since all morphs are part of the same main species, new owners won’t have to worry about changes in disposition or care needs. The differences between ball python morphs are only visual. Ball python owners will notice a significant difference in their pet’s behavior depending on whether the snake was captive-bred or wild-caught, however. For this reason, always opt for the captive-bred snake as it will ensure that it lives longer in captivity and has fewer health issues.

« Is a Ball Python a Good Pet? Why or Why Not?
What are some interesting facts about ball pythons? »