Home > Reptile Care Sheets and Other Information > What are the signs of a healthy ball python?

What are the signs of a healthy ball python? 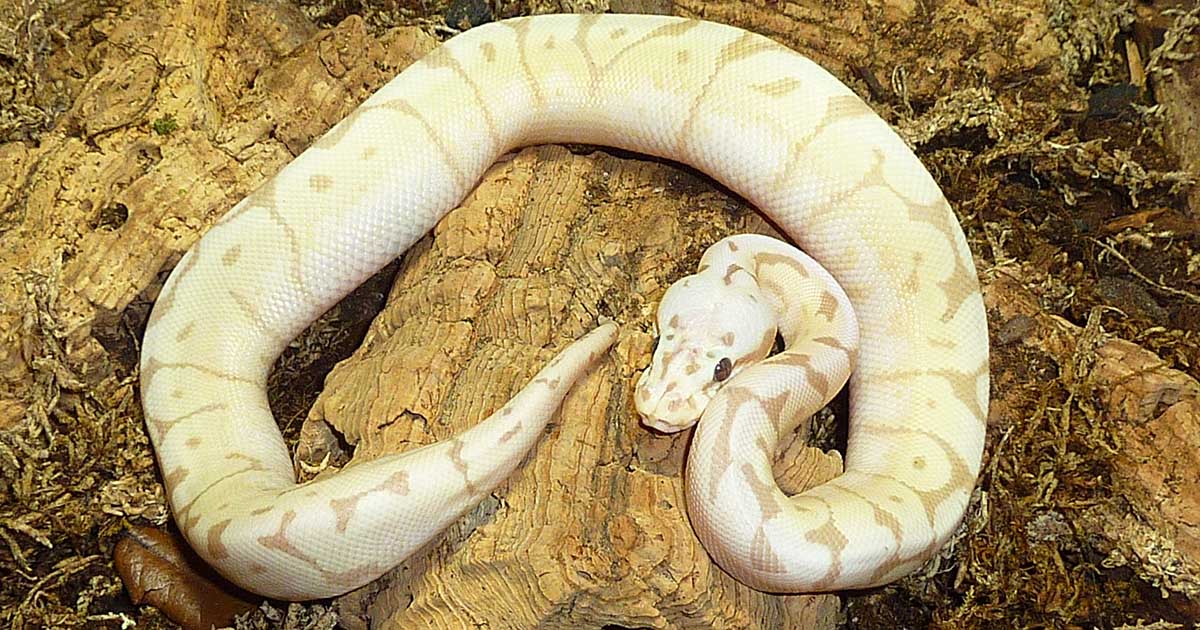 Ball pythons are often a person’s first foray into the world of keeping reptiles—the benefits of which are obvious. Low maintenance, docile, and non-aggressive, this snake species has every desirable trait a new herper could want in their first pet snake. However, because ball pythons are so often used as a starter snake, many beginners find themselves unsure what the signs of a healthy ball python are—or a sick one, for that matter.

7 Signs You Have a Healthy Ball Python

Snake’s eye color will seem to change during its shedding period, turning blue and cloudy. This is simply a result of fluid accumulating between the new and old layers of skin which helps the shedding process. If your ball python’s eyes are still cloudy after shedding is complete, it could be a result of too-low humidity or a mite or bacterial infection. Left untreated, it could cause an infection of its own, as well as resulting in eyesight issues.

Ball pythons typically spend the majority of their waking hours in hiding. However, they should display some sort of engagement around their environment like occasionally sampling the air (tongue flicks), looking at their surroundings, or navigating between the different temperature zones in their enclosure.

There are several instances where it’s normal for a healthy ball python to be less active than usual (immediately after eating or before a shed), but if your ball python seems lethargic when it’s being handled or during its usual peak-time of activity, it’s a strong sign that something could be wrong.

While too little movement isn’t a good thing, a ball python that is constantly moving too much is often a sign of an extremely stressed-out snake. Your snake should spend a healthy amount of time hiding or burrowing, otherwise, you might find them continuously roaming their enclosures in search of some dark, private place to relax. It could also be a sign that it is too hot in their enclosure and/or that there is too much light and they don’t have adequate hides to shelter themselves.

Eating is essential to all life. If your snake loses its interest in eating for more than a month, it can be a sign that it is seriously ill and potentially, even dying. Often, a snake that is towards the end of its life will refuse food. It’s often too late to do anything about it by the time it’s realized. However it is important to remember that sexually mature ball pythons will fast for 2-3 months during breeding season.

If your snake is eating normally but experiences sudden weight loss, it could be that a parasitic infestation is the cause. These nasty bugs can also cause runny and smelly stools, vomiting, as well as appetite changes.

A healthy ball python’s breathing should go unnoticed, being silent and steady. If instead, their breathing is noisy and labored, it’s a sign that all is not well. Breathing with its mouth open is another bad sign. Respiratory illnesses are fairly common in snakes, and identifying the symptoms early on is key to reversing them. In addition to noisy breathing, a sign of such a condition includes bubbles around the nostrils.

A sudden reddish discoloration at the bottom of a snake’s belly is a major red flag. This can be a sign of sepsis, a serious bacterial infection, that appears when a ball python is near death.

7. Sheds in one piece

Ball pythons shed their skin every 4-6 weeks as a natural way to keep clean and grow. Normally, it should come off in one single piece. In instances where it comes off in pieces (a condition of abnormal shedding called dysecdysis), this could be a result of poor nutrition; incorrect humidity, lighting, or temperature in their enclosure; or even parasites.

It’s important to provide your ball python with a pool of water to soak in. In addition to providing hydration, this aids with the shedding process and makes it easier for their old scales to come off. If lack of adequate water is the culprit behind a bad shed, dehydration might not be too far behind.

Every pet owner is concerned with the health and happiness of their pet—snake owners included. Are you a first-time snake owner and not sure what to look for? The best thing you can do is to observe your ball python closely when you first get it. You’ll then be knowledgeable about healthy ball python behavior. This, in turn, will then equip you to point out any abnormalities they later exhibit.