Home > Reptile Articles > If the Spider Ball Python is being shunned the world over why is the Bumblebee Ball Python so popular?

If the Spider Ball Python is being shunned the world over why is the Bumblebee Ball Python so popular? 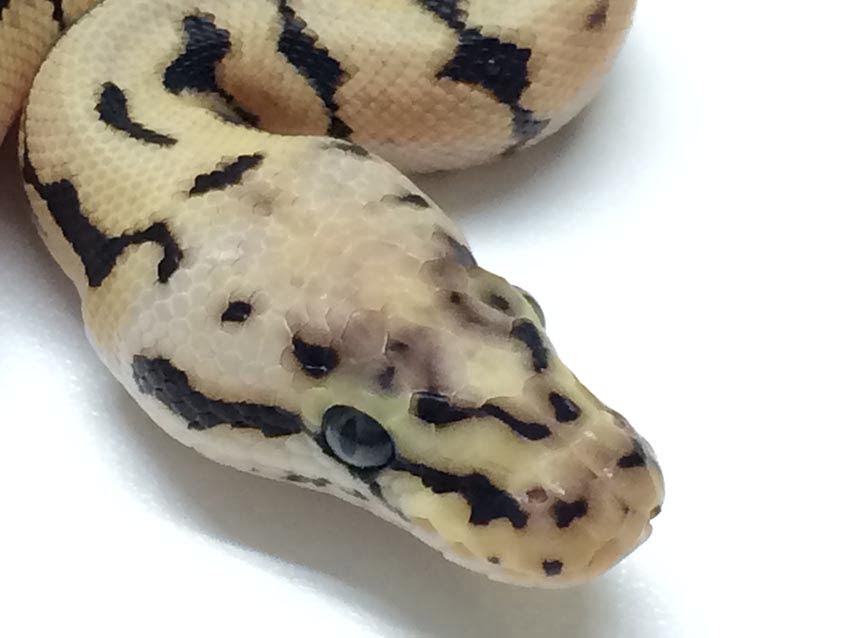 From England to Japan buyers and breeders are shying away from buying or breeding the Spider Ball Python and their combos. This refusal from the public has been attributed to the fact that some Spider Ball Pythons will show signs of erratic head movements that may be linked to an inner ear problem. Given this trend it is surprising that one of the most popular morphs as well as a top seller is the Bumblebee Ball Python.

When the Spider Ball Python was first introduced to the world by Kevin McKurley in 1999 the overwhelming response was a collective “WOW” followed by “How do I get one?” Any Spider Ball Python for Sale was in hot demand and it wasn’t until sometime later that the head movements or spinning became associated with the gene and was shown to be genetic. This behavior seems to manifest in some individuals at an early age while others show it later on in their life cycle. It is not a lethal gene as animals have been living and reproducing with it for years.

The first time I saw a Bumblebee Ball Python for sale was on Kevin’s table at a reptile show and the animal was breath taking. There was no doubt in my mind that I needed to get or make one and that is what I set out to do. The first spider that I managed to get a hold of had the spins so bad that she would lay upside down in her enclosure and give me a near heart attack every time I saw her thinking in my mind that she had passed. This did not deter me however and after acquiring a male Honeybee I managed to produce a number of Spider combos and have been extremely happy with the results.

So the question can be answered by the obvious fact that like some dog and cat breeds that have genetic problems associated with their breeds spiders also may have the spins. The fact that so many exquisite combos have resulted from breeding spiders makes it hard to give up on the morph and to this day Bumblebee Ball Pythons remain one of the top selling snakes out on the market. At xyzReptiles we carefully select our animals for sale and make sure our customers are getting quality animals along with great service. If you have been thinking about getting a ball Python Morph feel free to check out our new Ball Pythons under $99 category and see if there’s something there to your liking

« Do you believe in ghosts? The never ending obsession with Ghost Ball Python Morphs.
Is a land tortoise the right reptile pet for me? A look at the Burmese Mountain Tortoise vs some of the other land tortoise species. »