Do you believe in ghosts? The never ending obsession with Ghost Ball Python Morphs. 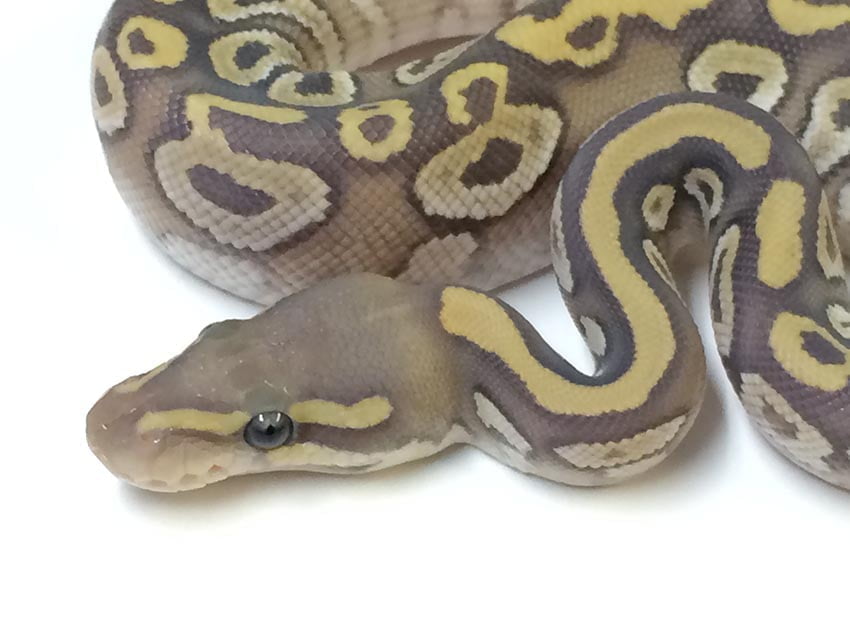 If you happened to have attended the 2003 Gila Productions Tampa Reptile show you might recall that the most outstanding snake of the show ribbon and prize were awarded to Mark and Kim Bell for their breathtaking Pastel Ghost Ball python. By today’s standards that may seem like a joke since this morph is so basic most people overlook it but the people who were there that day will argue that their obsession with Ghost Ball Python Morphs started right then and there.

The term Ghost when used to describe snake morphs usually refers to the double recessive offspring of anery and hypo snakes. When referring to Ball Pythons the term Ghost Ball Python is used for the recessive hypo gene and the double recessive is called a True Ghost. Regardless of what you call them, these hypomelanistic beauties have all of the orange, yellow and purple color tone heightened while all of the brown and black color tones are reduced. This process makes even the darkest ball python morphs shine and makes the lighter ones insanely bright.

During the few years following the 2003 production of the Pastel Ghost Ball Python there was a rush by most breeders to get in the game and the result was very similar to what we see happening to Clown Ball Pythons today. Almost overnight the price of female Ghost Ball Pythons shot up to 3000 dollars and people started mixing each and every morph in to make the next must have Hypo Ball Python cross. We were lucky enough to make the first Hypo Spinner Ball Python and have always had a soft spot for any of these beautiful morphs.

As the years have gone by more and more people have joined in the race to make Ghost Ball python Morphs. There are almost 300 combinations online as you read this and many more being made every year. At xyzReptiles we have a dedicated Ghosts & Combos category that features all of the Hypo Ball Pythons we have on our site. If you are looking for a Hypo or Ghost Ball Python for sale come give us a try and lets find the snake you’re looking for.

« Has the time of the Brazilian Rainbow Boa finally arrived?
If the Spider Ball Python is being shunned the world over why is the Bumblebee Ball Python so popular? »