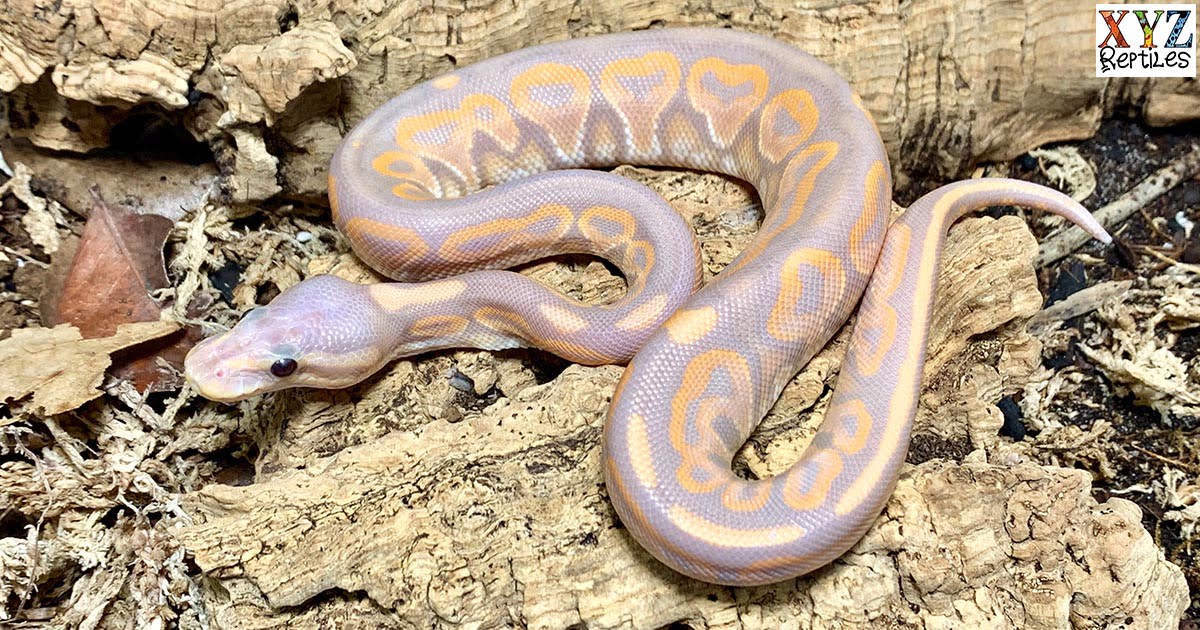 The banana ball python is one of the more mysterious morphs ever encountered. For a long time all of the babies being produced from this morph were females. It is very confusing since most codom morphs reproduce themselves on an equal ratio of males to females. Aside form most of the banana babies being female, most of the non banana offspring are males. As a result this led to the theory that the gene was sex linked. These males ended up being female makers and could only make more female bananas. Eventually one of these female bananas matured and reproduced, an even mixture of male and female bananas were made in her clutch. The males from those clutches are termed male maker bananas since they mostly produced male visual offspring.

Adding The Pastel Gene To Make Other Ball Python Morphs

The question is which is the better looking one of the two. Some say the black pastel banana combo with its clean lines and darker purple colors is the better one of the duo. Others think that the cinnamon banana ball python combo with its brighter orange color and diffused lines looks better. We invite you to decide for yourself and if you are in the market for a new ball python pet, visit us to view a large selection of ball python morphs with overnight shipping and live arrival guarantee!

« Why Should I Consider A Ball Python Morph Over A Normal One?
Where can I find Kenyan sand boas for sale online? »