Facts About Ball Pythons As Pets 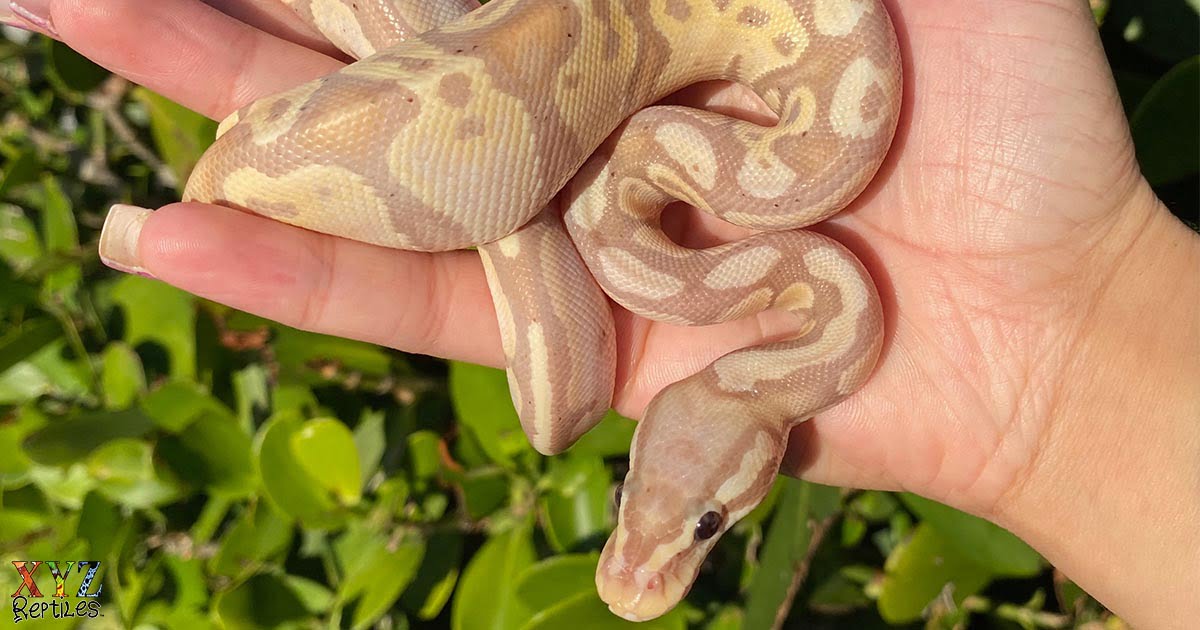 \\If you are looking to impress your reptile-loving friends, check out these facts about ball pythons as pets. These beautiful snakes are beloved for their pleasant temperament, cool markings, and being fun to hold. However, there are plenty of other interesting things about ball pythons besides that! Did you know that their scientific name comes from being a favorite amongst Egyptian royalty? Not only are ball python facts fascinating, but knowing more about them can help to make you a better ball python owner. We’re answering six of the most commonly asked questions about ball pythons and sprinkling in a bunch of handy expert knowledge.

Where Are Ball Pythons From?

Ball pythons originally come from Africa, specifically, the Western and Central parts of the continent, just north of the equator. This is why they tend to prefer warmer basking temperatures than other snakes would be able to handle. They keep themselves cool in the hot climate of the Sub Saharan by spending the majority of their time buried underground. Don’t be surprised if you find your ball python burrowing in its substrate from time to time.

As for their specific habitats, ball pythons can be found in both forests and dry savannah settings. Here they rely on access to shade and water to regulate their temperature when they’re out and about (so yes, you need a water dish for your ball python). This explains why ball pythons don’t bask as other snakes do. Rather than laying in the open sun, your ball python’s instinct is to avoid direct exposure. Instead, ball pythons keep warm through “belly heat”, absorbing warmth through the ground. A UTH or under tank heater is the best way to replicate their preferred way to regulate their temperature.

How Big Do They Grow?

Despite how grand-sounding their Latin name may be (Python regius which means “royal python”), the ball python is actually on the smaller side of the python species. They rarely exceed 5 feet in length and are considered medium-bodied snakes. However, the length of a ball python can vary depending on the snake’s sex, a phenomenon known as sexual dimorphism. Female ball pythons are larger than the males, averaging 4-5 feet in length. Male ball pythons average between 3 and 4 feet.

It typically takes a ball python about three years to reach its adult size which means you may have to upgrade the size of its tank a couple of times.  However, don’t assume they’re finished growing once they’ve reached the 3,4, or 5-foot mark. Snakes are indeterminate growers, a mutation that causes an organism to continue growing until they die. Only a few other species of animals have this capability; sharks, lizards, amphibians, snakes, and coral will grow all long as they have access to the resources they need to survive. Overfeeding could cause your ball python to surpass its typical size maximum. Otherwise, the odds of your adult ball python outgrowing their tank are fairly low.

How Long Do They Live?

The average lifespan of a ball python in the wild is around 30 years. This time frame is slightly longer for snakes in captivity; they typically live for 35 years. The oldest ball python on record is estimated to be a 62-year-old female located in the St. Louis Zoo in Missouri. The previous record oldest ball python was a 47-year-old male held at the Philadelphia Zoo.

How Many Ball Python Mutations Are There?

The standard coloration of a ball python is asymmetrical tan and blotchy splotches scattered throughout the length of their bodies. Variations in their “normal” appearance are known as morphs. Some of these variations occur naturally as mutations, however, the majority of ball python morphs are created through selective breeding and gene isolation.

Ball pythons boast the greatest number of morphs of any other snake commonly sold in the exotic pet trade. It is estimated that there are several thousands of ball python morphs in captivity. New morphs are continually being bred as different mutations can be combined to create entirely new ones.

How Many Babies Can a Ball Python Have?

The average ball python clutch is about six eggs but can range anywhere from one to eleven. This is far fewer than other types of pythons which can lay 30, 40, or even 100 eggs in a single year. Ball python females take motherhood seriously and will not leave their clutch’s side. It takes about 3 months for ball python eggs to hatch, during which the mother will not hunt or eat. This takes quite a toll and can cause the female to lose nearly half her body weight. For this reason, ball pythons lay no more than one clutch per year.

Are Ball Pythons The Best Selling Snake In The World?

Yes! Ball pythons are the most popular pet snake option. This has resulted in them being the best-selling snake in the world. They make great pet options for both beginners and experienced snake-enthusiasts. Their wonderful temperament makes them a highly attractive pet choice. In addition to being fun and social snakes, ball pythons are one of the easiest snakes to care for. They make the learning curve of caring for reptiles quick, painless, and most importantly, fun! If you don’t already own a ball python, what are you waiting for?

Here at XYZReptiles, we have worked with professional ball python breeders for over three decades to make these fascinating animals available to all at a competitive price. We offer more than a hundred types of baby ball pythons for sale with guaranteed genetics and live arrival. But we can do more than just get your fix for cool ball python morphs! We also carry all of the equipment you’ll need to get started. If you’re not sure how to get started, check out our informative Ball Python Care Sheet that can walk you through everything from setup to feeding and shedding. You may also be enjoy reading about these 20 interesting facts about ball pythons.

« Best Pet Snake Breeds for Beginners to Own
Is It Possible To Cross Breed Snakes? »