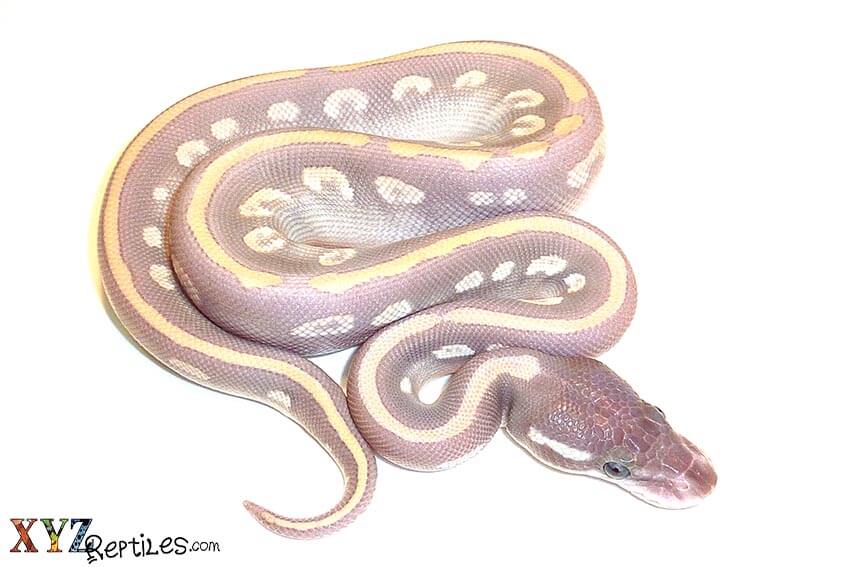 The Wikipedia definition for leucism is a condition in which there is a partial loss of pigmentation caused by a reduction in multiple types of pigment. If we follow this definition then it is perfectly acceptable to consider the purple colored combinations of Mojave, mystic, phantom and mocha genes as blue eyed lucies but most people in the reptile industry like to think of them as their own sub group of potions and passions. We can look at the purple passion ball python and mystic potion ball pythons as well as the elixir ball and others as we try to better understand this phenomenon.

The Mojave Ball Python and Its Many Uses

Mystic Ball Pythons and Their Combinations

The mystic ball python was described and first bred in 2005 by Anthony McCain. He has since moved on to different endeavors but I recall a reptile show over a decade ago when he approached me with what later became the mystic ball python and offered me an opportunity to get into the project for a very reduced price. I regret not having jumped on that opportunity but after acquiring one years later for a much higher price, I was able to cross it into the Mocha gene and produce the Elixir Ball Python. The mystic ball also crosses into russos to make the invisiball and we have already discussed what the Mojave cross looks like.

The Phantom Ball Python and Its Combinations

Although the phantom ball python was named and reproduced by RDR in the same year as the mystic the similarities between the two morphs don’t stop there. They are generally patterned and colored almost alike but as you add new morphs to the mix like Mojave, mocha, russo and others the resulting combinations start to vary apart. The Phantom bred to a russo produces the opal diamond ball while the phantom to a mocha results in the leche ball. All of the combinations we have discussed today are white to grey and purple colored snakes with blue eyes and can be considered leucistic by definition. Whether you like the solid white combos or the heavy patterned and colored ones is a matter of personal preference. At xyzReptiles we have a broad selection of leucistic ball python morphs and combos and they can all be found in a dedicated section of our site.