Pet Lizards from around the world found in South Florida 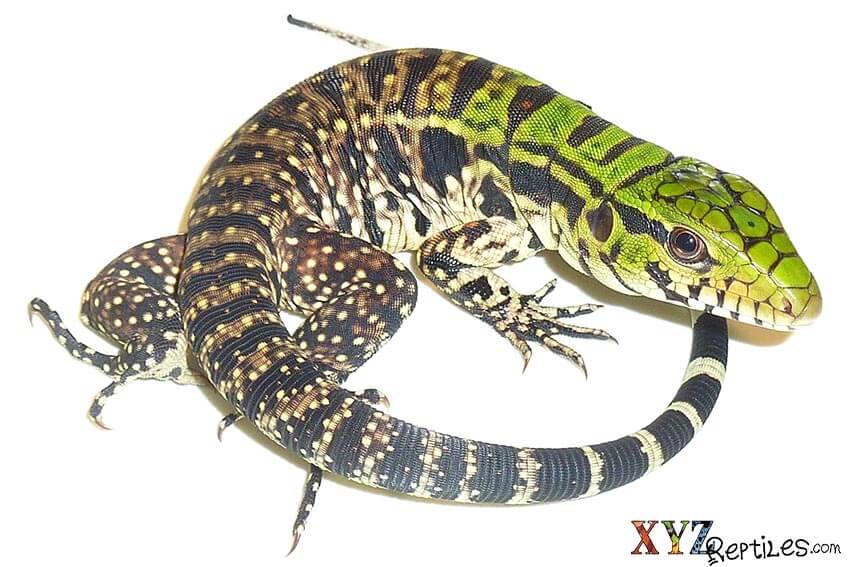 The other day as I was working at the counter in the reptile store and I have two different trappers walk in and a third call on the phone all with a nearly identical list of lizards they were trying to sell. They all had baby Green Iguanas, Baby Black and White Tegus and various sizes of Veiled Chameleons for sale. This may not sound so strange to most people but all three of the trappers had caught these lizards from around the world right here in South Florida. Although these lizards originate from countries such as Colombia, Argentina and Yemen, these small to medium sized lizards have come to call South Florida their new home and as they reproduce in the wild greater numbers are finding their way back into the pet trade every year. Some people have a problem with this unintended addition to the biodiversity of the bottom third of our state but after you add up all the plants, insects, fish, birds and other less obvious organisms that have spread around the planet due to globalization it doesn’t seem to be such a huge deal to the locals here.

Pet Tegu Lizards in the wild

Black and White Tegus are originally from the countries of Paraguay and Argentina but have established themselves in the farms and dense underbrush on the roadsides of the city of Homestead, Florida. Black and White Tegus hatch with a brightly colored green head that fades away quickly as the lizard matures. They can get up to a healthy size of three feet in length and will eat a diet of berries, plants, fruit, insects, rodents, birds, eggs and carrion. In captivity they tend to be real docile and manageable but will put up a fight and can run extremely fast when encountered in the wild. When purchasing a new pet tegu it is recommended to get an animal that is in the first year of its life cycle to make sure that you can have a tame and beautiful reptile pet.

Pet Iguana Lizards in the Wild

The South American Green Iguana has been imported as part of the pet trade for the past few decades and no one is really sure when they found their way back into the wilderness. Most canals and lakes in South Florida are lined with adult male Iguanas up in the trees and females foraging and basking down on the ground. Baby Iguanas are born in the early summer months and will spread out and establish themselves in new territories less heavily patrolled by adult males and that is how they spread into new areas of their expanding territory. After the two harsh winters of 2009 and 2010 the numbers of wild iguanas dropped sharply but six years later they seem to be back on the rise and flourishing in their new home. Since the Florida locality of the Green Iguana is a mash up of animals from several host countries the individual lizards themselves tend to look like many different localities and none at the same time. Pet Iguanas tend to be a long-lived lizard and have been known to be paper-trained and free roaming in many homes.

Pet Chameleon Lizards in the Wild

There are currently more than one species of chameleons living in the trees surrounding the Everglades National Park and southern Homestead area. The one that is most abundant is the Veiled Chameleon that originated from Yemen. Small numbers of these lizards were released either intentionally or by accident some years ago but as they are a very prolific lizard with the potential of laying more than 100 eggs per female per year they have managed to get a foothold in a very foreign environment. They are reptiles that have mastered the art of camouflage and together with their ability of tolerating extreme temperatures these lizards will be here for a long time to come. Pet Chameleons are not used to excessive handling and have a relatively short life span of three to five years but their extremely alien looks and feeding behavior as well as their intriguing methods of movement make them a very fascinating lizard overall.

At xyzReptiles we carry all three of these pet lizards for sale. We take great care in making sure that all or our lizards are well fed and housed properly to ensure you get the healthy pet lizard you are looking for.

« Finding the perfect pet at the reptile expo
Is a Sulcata Tortoise the Right Pet for me? »