Benefits Of Boa Constrictors As Pets 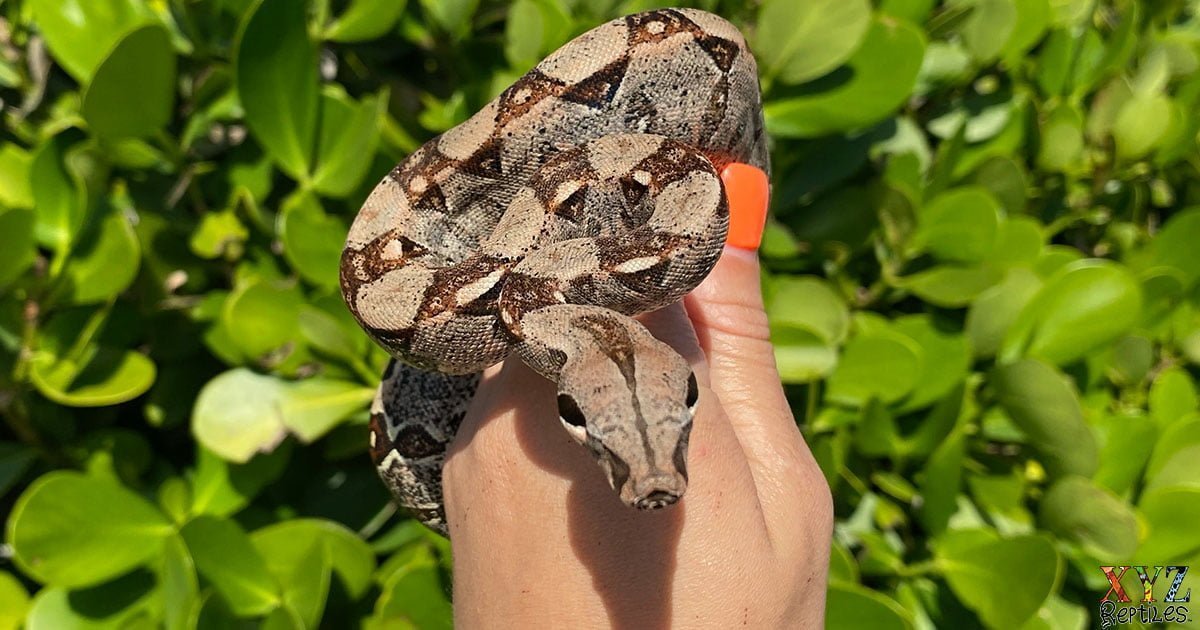 If you’re hesitant about owning a big snake, these five benefits of boa constrictors as pets just might change your tune. Few snakes are as iconic and widely recognizable as the boa constrictor. Extremely popular among herpetological enthusiasts, boa constrictors are a common fixture in the reptile collections of experienced snake owners. But a boa constrictor’s allure doesn’t just come from its striking appearance and impressive size. These snakes are surprisingly well-tempered and low maintenance, making them easier to care for than you would think at first glance.

A Brief Overview of Boa Constrictors

There are more than 40 other constricting snakes (all members of the Boidae family) with “Boa” as part of their common name. However, there is only one true “boa constrictor”. This is one of the rare instances where a species’ common name and scientific name are the same. These snakes are close relatives of anacondas and pythons.

This popular snake species can be found in Mexico, Central America, and South America. They live in a diverse range of climates: deserts, tropical rainforests, grassy fields, and even dry savannahs. There, dominate the top of the food chain, but do so without venom as boa constrictors are non-venomous snakes. Their means of subduing prey is the technique from where they get their namesake: constriction. Boa constrictors do not have fangs either. Instead, they have small, hook-like teeth that hold prey in place and a jaw that can open wider than their entire head.

Intimidated at the thought of owning a boa constrictor as a pet? Don’t be! These heavy-bodied serpents make for surprisingly practical pets being relatively low maintenance and very well-tempered. But don’t just take our word for it, here are some of the greatest benefits of boa constrictors as pets:

We know that looks aren’t everything, but that being said it is hard to deny that boa constrictors are beautiful snakes. Their visual appearance plays a big part in their appeal. Boa constrictors are the quintessential serpent, a reptilian classic that is likely what comes to mind when anyone thinks of a snake. Their natural coloration is dark saddle-like markings on light brown, tan, or grayish scales.

But where there are breeders, there will always be morphs. There are several dozen boa constrictor morphs (a number that is always growing) in a vast array of colors. The isolation of specific genes has led to morphs like the albino boa, ghost boa, blood boa, and more. Currently, boa constrictors can be found in reds, oranges, yellows, blacks, whites, grays, and even green! If having a pet that can match your decor is important to you, you’ll be delighted by these colorful gentle giants.

A general rule of thumb is that the larger the snake, the feistier they tend to be. Well-behaved boa constrictors turn this saying on its head. Even though this species averages between 4-9 feet, they are calm and quite docile. That’s not to say that they are timid, however. If they feel threatened they may hiss, bite, or begin to constrict. While this can be intimidating for a beginner, experienced snake owners will have a better idea of how to avoid provoking these otherwise gentle creatures and minimize any sort of lashing out.

Captive-born boa constrictors do well with human interaction and do not require handling to be tamed. Doing so regularly, however, can help them become more comfortable with people which reduces the likelihood that they’ll engage in defensive behavior in the future.

Sometimes size really does matter. Just as some people have a preference for large dogs or small ones, a boa constrictor’s considerable size can also be an attractive feature. An adult boa constrictor can easily grow to be up to 9 feet long. In addition to that impressive length, boas are hefty snakes packed with muscle. If you’re looking for a snake that has that “wow” factor, you’ll find it with one of these. Even a non-snake lover can appreciate the magnificence of a snake that’s longer than they are tall. That being said, there are several different size boa species available in the pet trade for those looking for something smaller.

Boa constrictor size is dependent on gender, a commonplace phenomenon known as sexual dimorphism. Females are larger than the males, averaging 6-9 feet while the males tend to max out at 7 feet in length.

Boa constrictors can naturally be found in a variety of habitats. This gives their owners the rare luxury of choosing between an arboreal or ground-dwelling set-up. Arboreal enclosures rely heavily on branches and other climbable objects for basking and roosting. A terrestrial enclosure would include furnishings such as rocks, hide boxes, and caves to recreate a ground-dweller’s natural environment.

Most snakes do not provide owners with the luxury of choice, which is what makes the options such a thrilling prospect. Chose an enclosure setup that compliments your other displays, choose a contrasting one to up the interest factor.

Captive boa constrictors have a life span of 20-25 years which is average in the world of reptiles. The beauty of owning a pet that can live a long time is not just that you experience the loss of a companion less often. Spending extensive time together allows snake and owner to bond and learn one another’s habits, personalities, and quirks. These are the parts of pet ownership that make it special, no matter what kind of animal you own.

Iconic, great looks, a size that awes, and very well-behaved. These are just a few of the reasons why boa constrictors are so popular in the exotic pet trade. There are so many benefits of boa constrictors as pets, but the best way to understand them is to own one of your own. We offer beautiful baby boa constrictors for sale with some of the mentioned coveted (and colorful) morphs. Is the one you want sold out? Add yourself to our waiting list for some of our most popular boa constrictors. We also have everything you need to get your new boa situated in their terrestrial or arboreal snake habitat.

« Is It Possible To Cross Breed Snakes?
Five Benefits Of Ball Pythons As Pets »